It was a very wet day when the ladies played their final match of the season, teaming up with the men's captains for an AmAm at Whittlebury Park in early October. The game was played over the blue and yellow courses (The Grand Prix and 1905), it is always an enjoyable finale to the year.  Thanks to all for the £112 made on the raffle, this going towards the junior girls funds.


Runners Up on count back were:
Peter Coles and Martin Wall with Diane Green and Janet Gower with 68 points 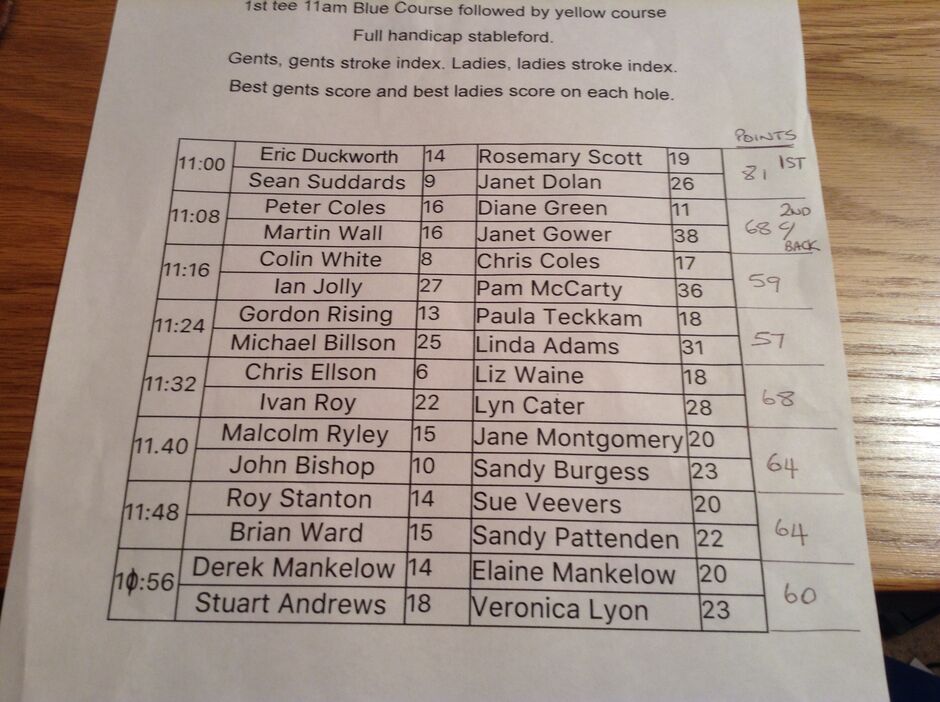