Our match against the Men's Captains on 11th June at Northampton Golf Club was played after the wettest few days ever in June.  Almost being cancelled, the course was open and our intrepid ladies deserved a medal for their efforts, the later teams only managing 9 holes.
Unfortunately the ladies efforts proved in vain as the Men took the trophy back after 2 years  winning with 254points against 211. 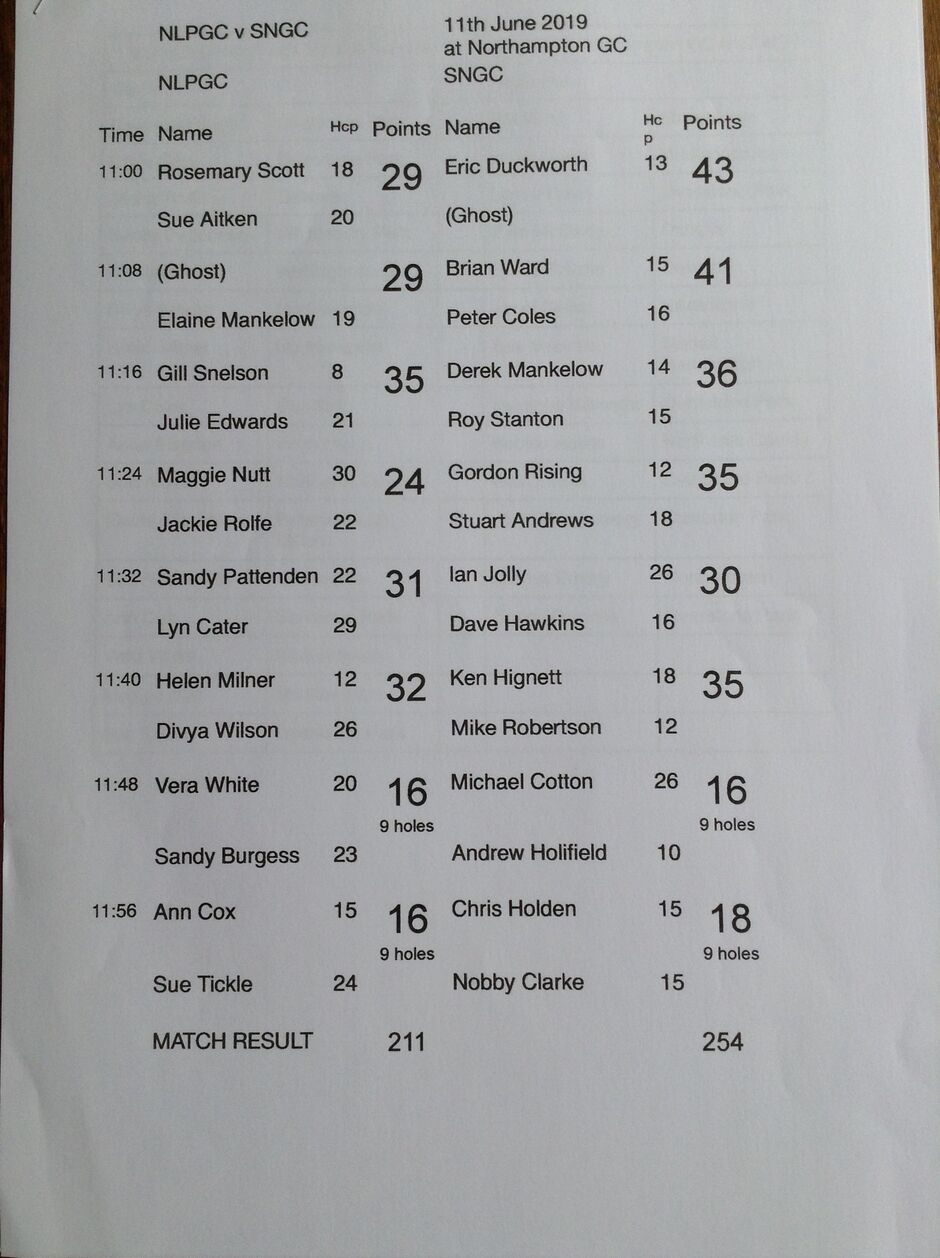