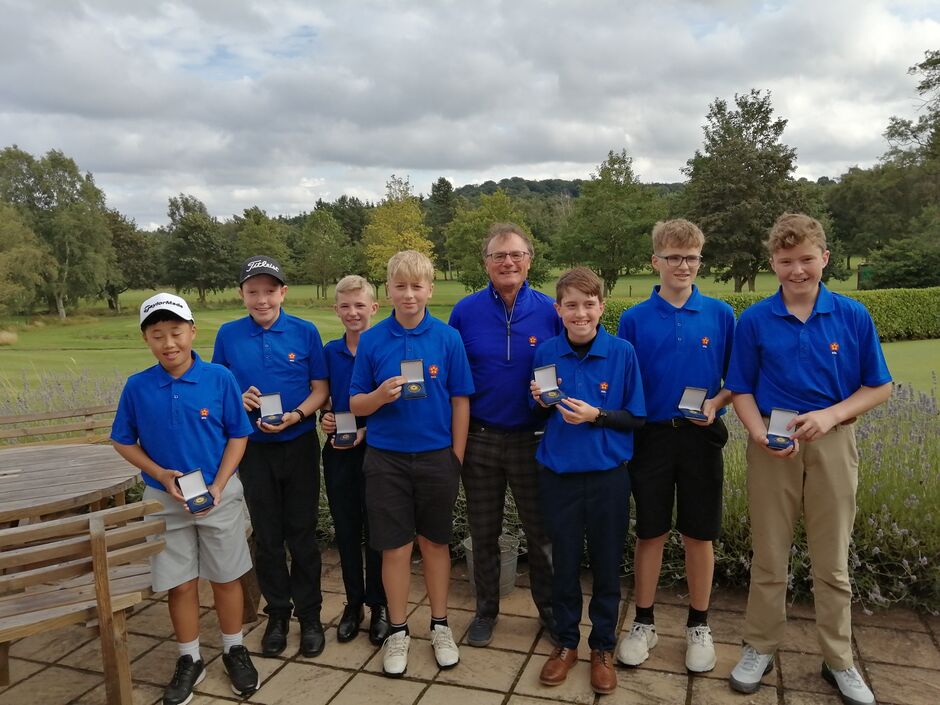 Northants U-14 Boys did well on a tough day at Lingdale. They battled through a series of heavy showers and despite their relative youth and inexperience acquitted themselves well.
The Trophy was decided by an aggregate best 7 of 8 gross scores. Cambs were clear winners and had the only player to score below 80 on the day. Northants were 3rd behind Leics & Rutland, and ahead of Derbyshire and were pleased to receive their Bronze medals ! Interestingly had handicaps been taken into account Cambs would only have pipped us by a few shots, and L & R would have won !
There were individual prizes also for the best gross and best nett, and a special mention should go to Benjamin Bailey, of Northants County GC , making his debut for the U-14 Boys, for shooting the equal best nett 69 score of the day - 69, and losing the trophy only to Derbyshire’s Ben Wharton on countback.
Jadon Pham (85), Adam Haywood and Ollie Penberthy (both 88) were our best scores on the day. TEAM photo above (minus Harrison Panter who had to leave to go on holiday) 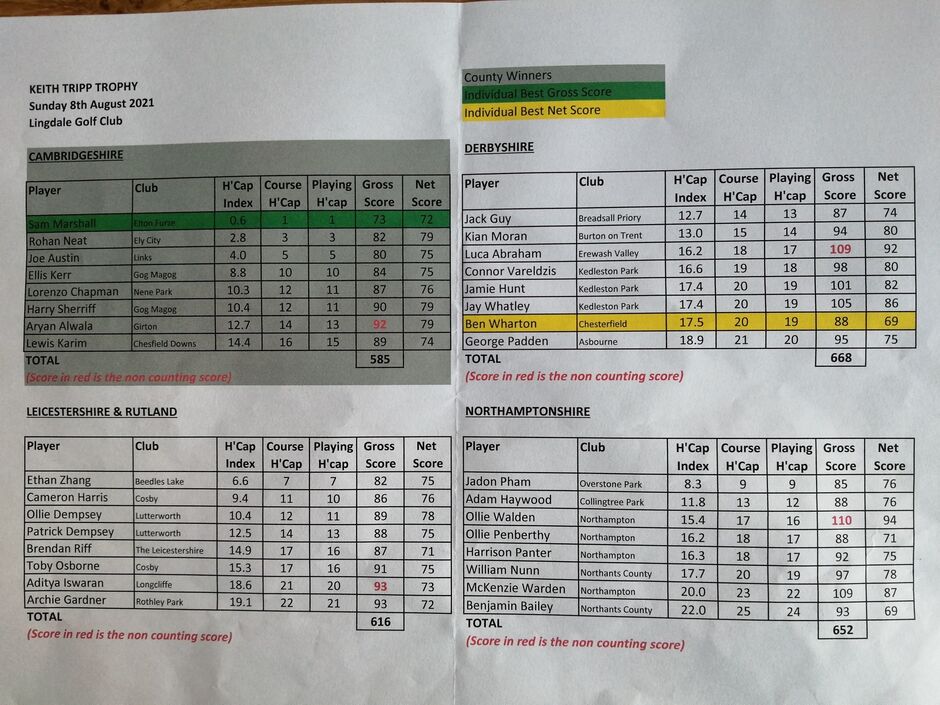