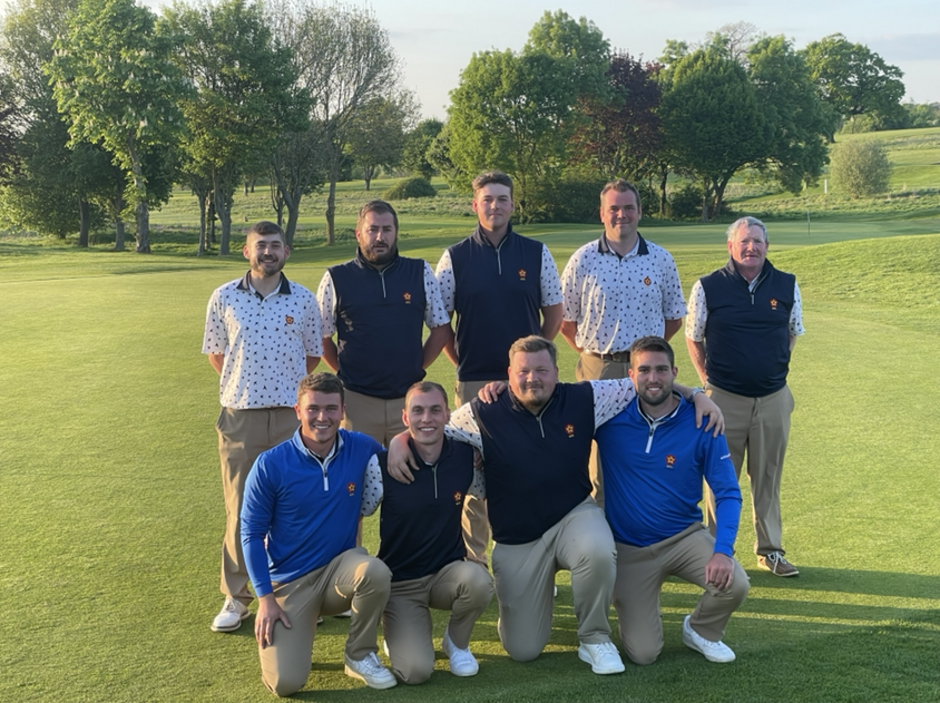 First Anglian of the year for Northamptonshire 1st Team saw us come against our annual fixture against Lincolnshire.

Lincolnshire are one of the best counties that we face year on year in the Anglian league so we knew that this fixture would be a close one and we would have to work hard for the win.

The Foursomes went very much in Northamptonshire’s favour with the team taking a commanding lead in the morning session (3.5-0.5). Great playing from all the pairings gave us a gap that would be hard to keep hold of as the players know how good Lincolnshire are at singles every year.

Taylor led the line for the team and played some great golf to fall just short losing the last to lose 1down.

Mark Stockdale was in great form in the afternoon. 6 under for the first 9 holes gave the first team player a commanding lead and didn’t lift his foot off the pedal at any point, giving us our first point of the afternoon.

Jensen Parfitt and Liam McNeela had mixture matches. They both were down pretty much all the way round but with 5 holes to go, they both found some momentum to get the deficit down and both headed down 18 all square.

Liam hit his third shot to within a couple of feat managing to bag the all-important birdie and win 1up. Jensen played the hole similar having found the green in 3 and was in good position for birdie. His opponent found the greenside trap in 2 and thinned his bunker shot OOB. This hole was conceded and was another point to Northamptonshire, meaning we had enough points for the match win.

Ryan Genner came up against Lincolnshire’s captain and was very much out played for most of the afternoon. A late comeback in the middle of the back 9 kept Simon at bay but Simon hit a great shot into the 17 and Ryan couldn’t convert an up and down on the par 3 to extend the match.

Jack Brown again like most of the matches found himself down early and pretty much was that way for much of the match. A late comeback again saw him keep his opponent on the course but was to good in the end and saw Jack come out second best with a 2&1 loss.

Lee Hitchcock had an interesting match. Was up for most of the front 9 but was pegged back early on the back and with a few holes to go, the Lincolnshire man held a few more putts than lee and again came out the winner.

Our anchor man was Fraser Carnihan. He had a great battle with Jack Diment and was very tight the whole way round. Some great shots coming in the last few holes saw a honourable half in the last match.

A great start to the season for the Mens 1st team and hopefully this is the start of signs to come.