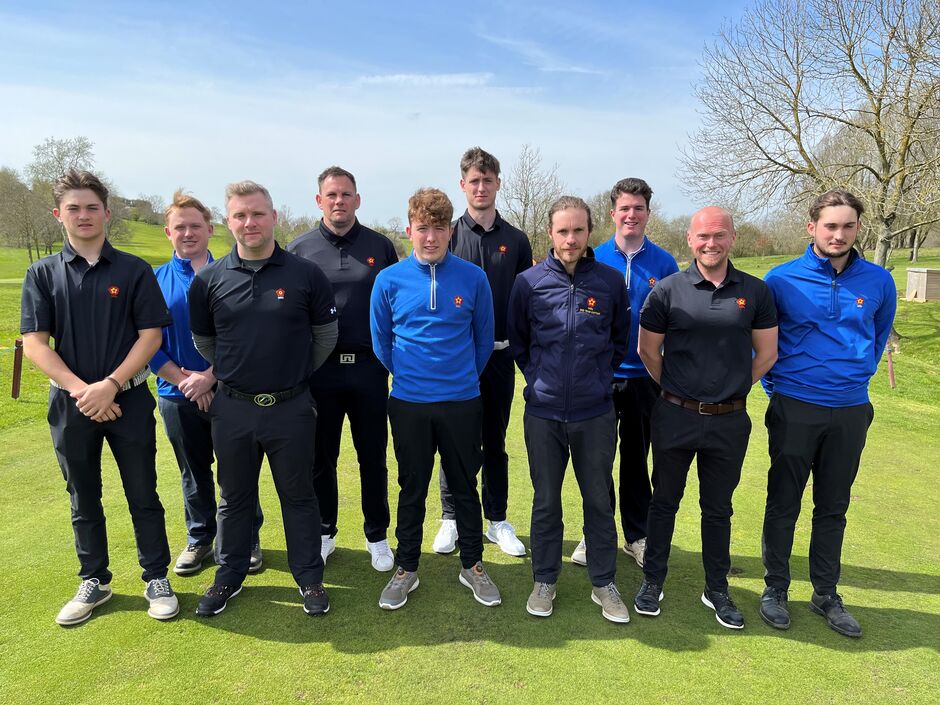 Looking to continue the momentum gained from last year’s league win, the team was very motivated and demonstrated great team spirit from the get-go. The team welcomed some new faces: Ben Hawkins, Torin Little, Ian Kennedy and Jody Parfitt. Congratulations on their debut to county golf.

It had been almost 5 years since this fixture was last played and the comradery shown between the two teams was great to see. The quality of golf looks like both teams are set for a positive season ahead as “halved in birdies” was often the case.

Overall, it was a close fixture with two matches being halved and the others appearing to be close throughout. However, thanks to a drained 15ft putt for Torin Little on the 18th- dinner was just that little bit sweeter for the Second team as it tipped the scales to a 3:2 victory.

Thanks to all those involved - with a special thank you to John Gilding (who is the team manager this year) and Alastair Hislop for some fantastic organisation skills.

Our next fixture is at Rushden against Warwickshire on 24th April.