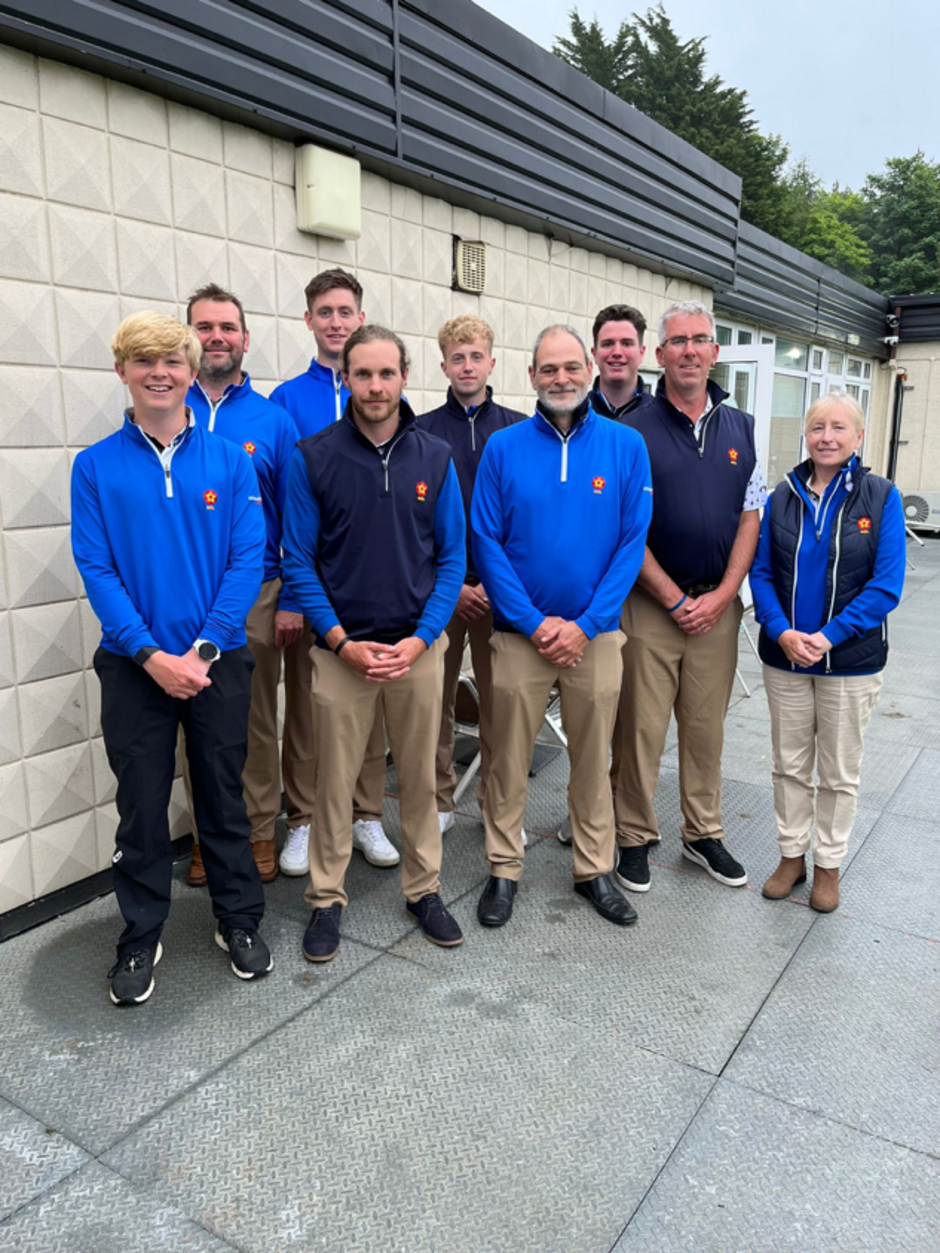 The weather Sunday morning was horrendous and greens and bunkers were flooded at 8.45 am. Forecast was for dry weather from 10.00 am.
We got the matches underway at 10.20 and the greens keeper had gone out and cleared 13 & 15 th greens which were the worst.

Match 1 saw Fraser and Dalts playing Andy Moss and Craig Nurse.
Our pairing played very well and were 2 up after 7.
James and Ben made a fast start and were 2 up after 3, but lost 4th to be 1 up after 4.
Joe and Elliot were one up after 7 and the matches were looking to be in our favour.
Sam and Ben 2 down but won 7 to go 1 down. A long putt by Ben saw them stay 1 down after 9.
Ben and James match turned and by the they were 1 down after 7.
Fraser and Dalts were cruising and went 3 up after 10.
This is when the match turned and Ben and Sam and Ben and James were both 2 down after 10.
Joe and Elliot were involved in a super match, they were 1 up but lost 12 to be A/S and both pairs birdied 13 to keep A/S.
Fraser and Dalts were 4 up after 14 and hit the green at the long 15th to win the hole and the match 5 and 3.
Sam and Ben were 3 down playing 15 and hit the green and match back to 2 down. 16 was halved.
Ben and James were 1 down but lost 14 and halved 15. 2 down. A loss on 16 saw the result 3 and 2 loss.
Ben and Sam won 17 to be 1 downplaying 18. A half saw them lose 1 down.
Joe and Elliot were 1 up but lost 17 and a brave putt from Elliot saw them halve 18 for a halved game.

We were 2 1/2- 1 1/2 behind after the foursomes and all games were very close apart from Fraser and Dalts who played superb golf.

Hopes were high for the 8 singles matches and we had a great start when Fraser and Richard Dalton both won their games 3 and 2 to put us ahead in the match.
That was as good as it got. Suffolk basically putted us off the park.
Joe had a close game and was 1 downplaying the last. He chipped and putter for birdie on 18 only to see his opponent hole from 6 foot for birdie and Joe lost 1 down.
Elliot had another close game losing 2 and 1.
Sam found Josh on great form and went down 4 and 3.
Ben Lavender was in a brilliant match with Dan Smailes. Ben finished 2 under par but Dan was 5 under par and we lost 3 and 2.
James Barker was 2 down after 6 and 3 down after 12. He continued to fight, and his match ended on 17, losing 2 and 1.
Ben Hawkins struck the ball well all day but couldn’t buy a putt. His opponent Marc Duzynski couldn’t miss on the greens and Ben lost 5 and 4.
We must now regroup and go again in July against Cambridgeshire at Ramsey GC.

Special thanks to Vice President Catherine for supporting us all day and to Priors Hall Staff for presenting the Course in good condition despite the weather and for looking after us all day with food and beverages. Zoe ensured that the day went smoothly.