County Seniors suffered a second heavy defeat in August to a strong Worcestershire side.

The morning greensomes set the tone for the day, with the home side achieving only two halves in the morning, followed by just one in the afternoon.

The standard of golf was extreemly high with better-ball scores in the low 60's.

Despite the result everyone had an enjoyable day.

Both Captain's entertained the teams with some jokes and stories after dinner.

A big thank you to Kingsthorpe members who gave up their course for the day and for making us most welcome. 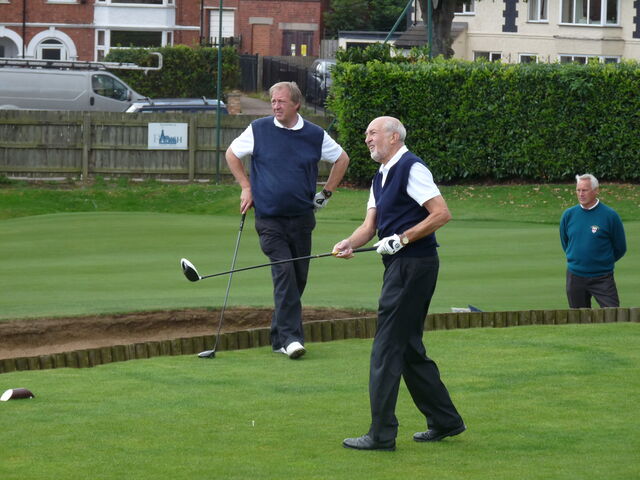 Mike Ratcliffe gets the match underway, whilst Peter Collins looks on.