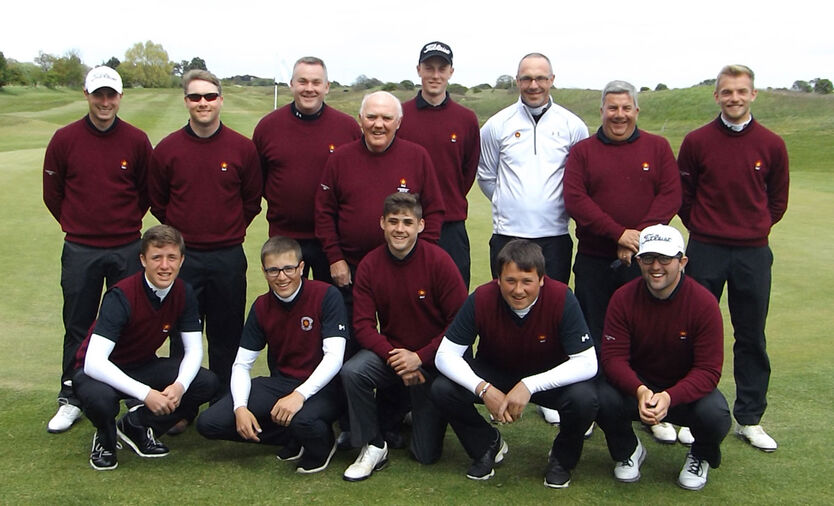 With a new look squad, Captain Jim Campbell gave our superb up and coming players have an opportunity to stake a place in the team for 2015 and beyond. Our first Anglian league match looked promising, even though we could not force a win, there were some gritty performances from promising rookies and some of our most experienced team members.

With these names, natural pairings fell into place with regulars Campbell and Farr keen to go out top, Jones and Henfrey having just proven their foursomes credentials with a win at Woodbridge the week before, Mudge and Harris had a good win at Whittlebury in the 2nds the previous week, Milligan and Woan looked liked a natural fit with Milligan's ball striking and Woan's short game, leaving Bott and Brown also looking like a promising proposition of experience and youth.

Saturday arrives with the weather perfect for the links, bright and breezy with the classic links layout playing into the wind on most of the front 9. It also looked like our easiest day, with matches against Bedfordshire and Leicestershire (although there are really no easy matches at this level).

The Eastern Counties foursomes is a matchplay event played against 2 teams at the same time, so it can be tricky to keep track of all the goings on in the groups, but this just adds to the fun of the weekend. 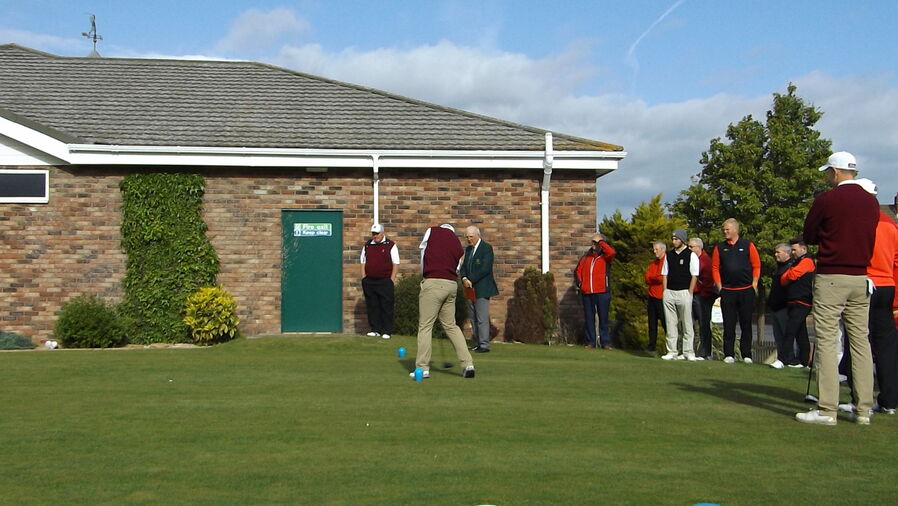 All in all, a great morning’s work, gaining 7 points, equalling Leicester and taking 5/5 from Bedfordshire.

After a great lunch it was out to the afternoon session, our toughest, against reigning champions Lincolnshire and a strong Essex side.

The afternoon was a knife through our hearts and a stark reminder of the fine margins you need to win these matches, we only managed one point from our afternoons work and we all felt a bit flat at dinner. 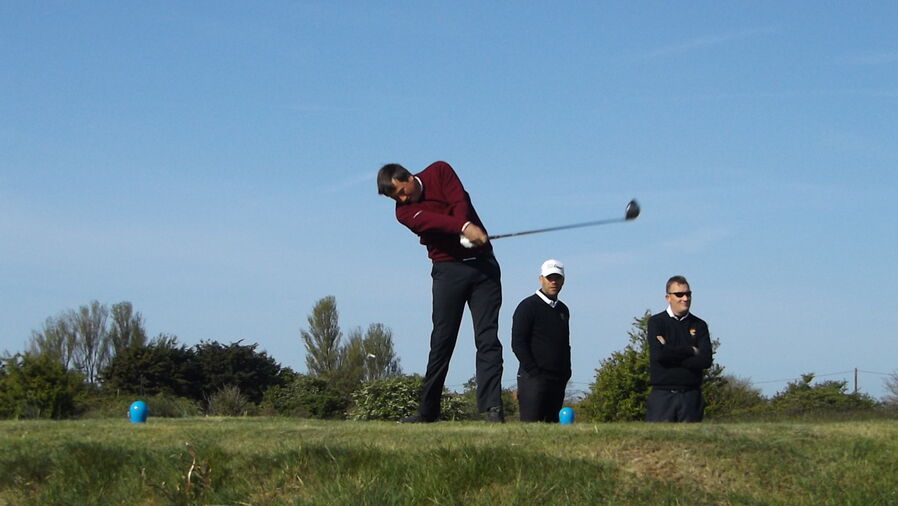 Sunday saw another bright and breezy day, again without any rain.

It was back to the same order as Saturday to play our single handed match against our great rivals Norfolk, starting at the 11th hole.

So a great 3-2 win for Northampton

After some thought over lunch, the team was left in this order for the afternoon to play Cambridgeshire and Suffolk, we were out to beat Suffolk to avenge the previous week’s loss in the Anglian League, the mornings work leaving the lads really upbeat for the afternoon.

Our starting point was the downwind 6th hole,

A brilliant 7 1/2 points for the afternoon leapt us up the leaderboard to finish 4th.

A great weekend performance and a real building block for the future, having lost so many players, we have a great squad of players coming through and the future looks great for Northamptonshire Golf. 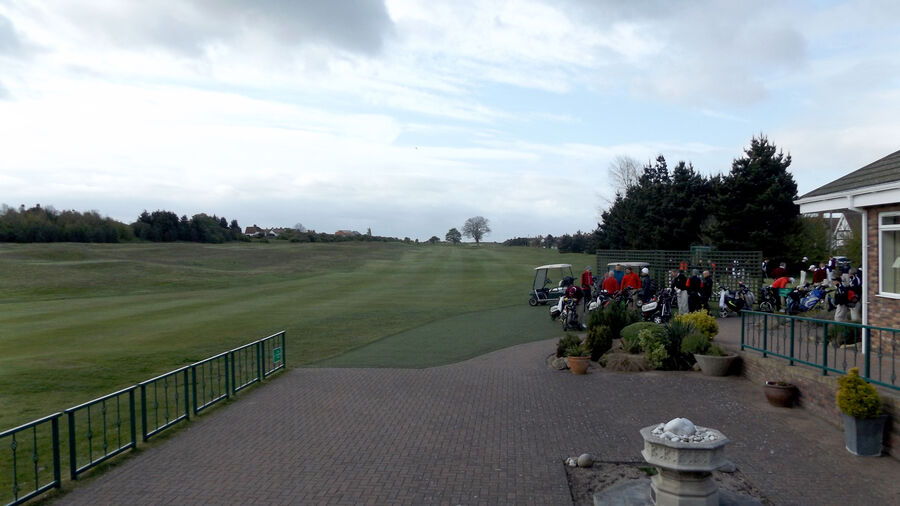 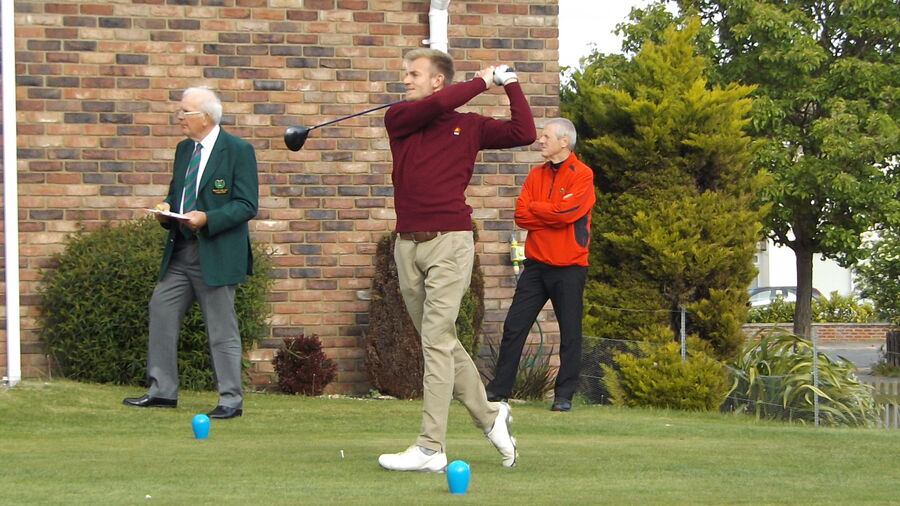 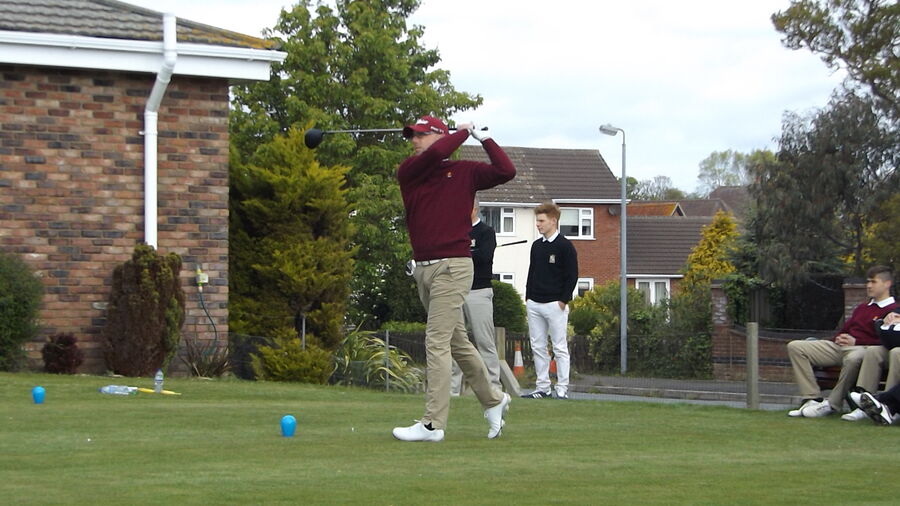 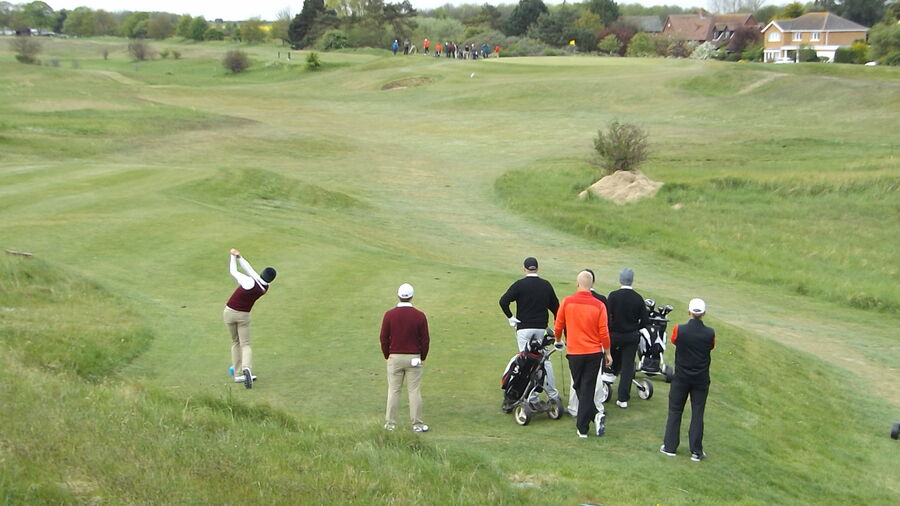 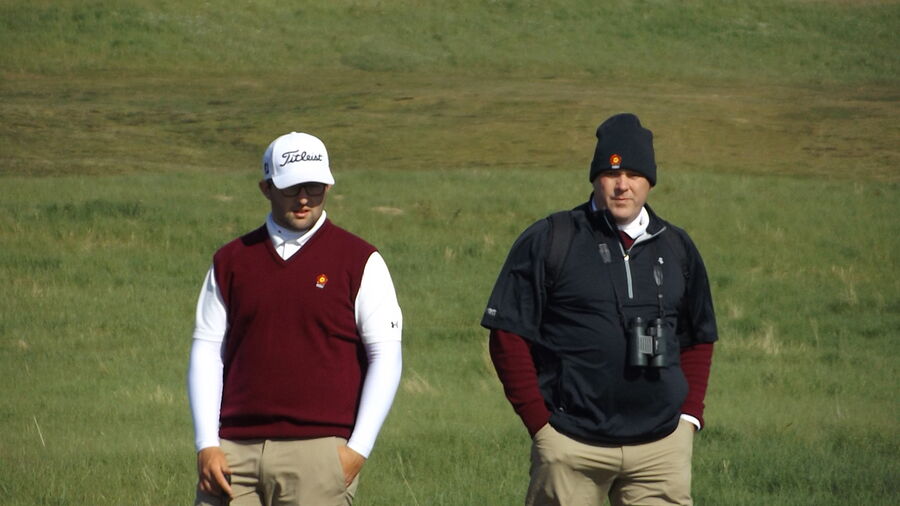 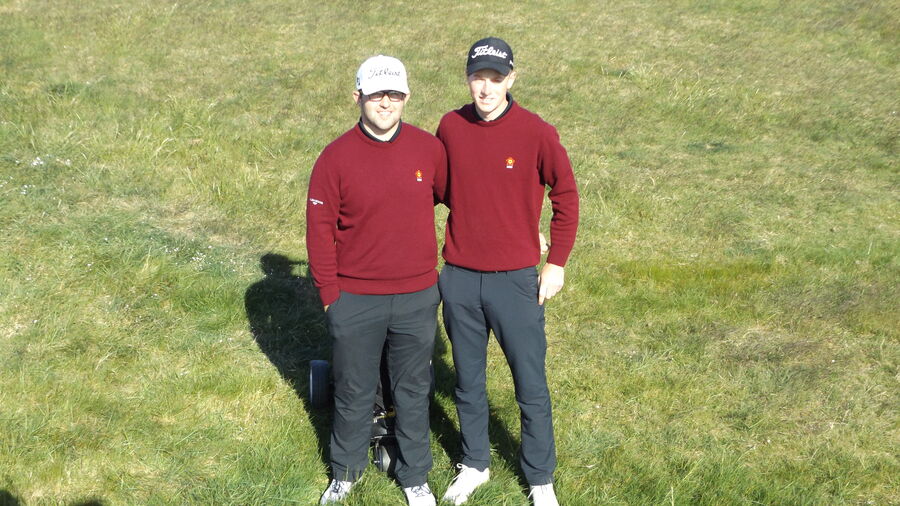 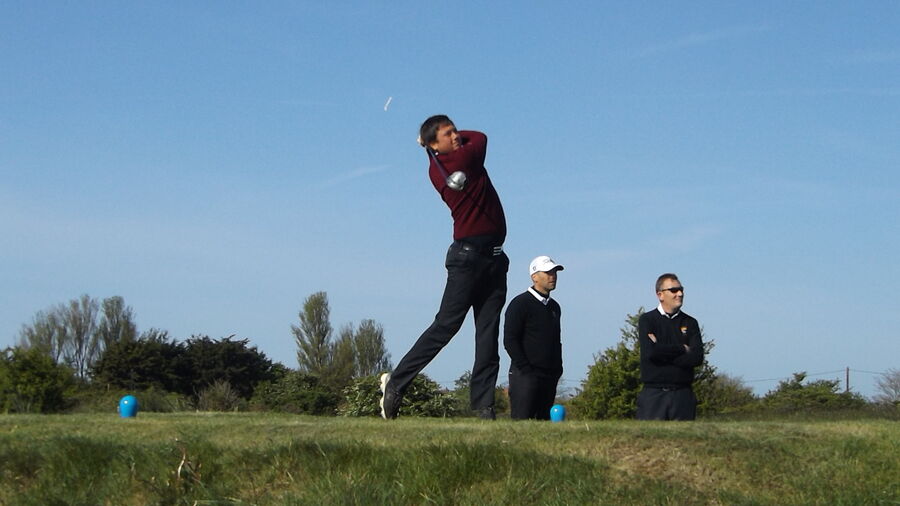 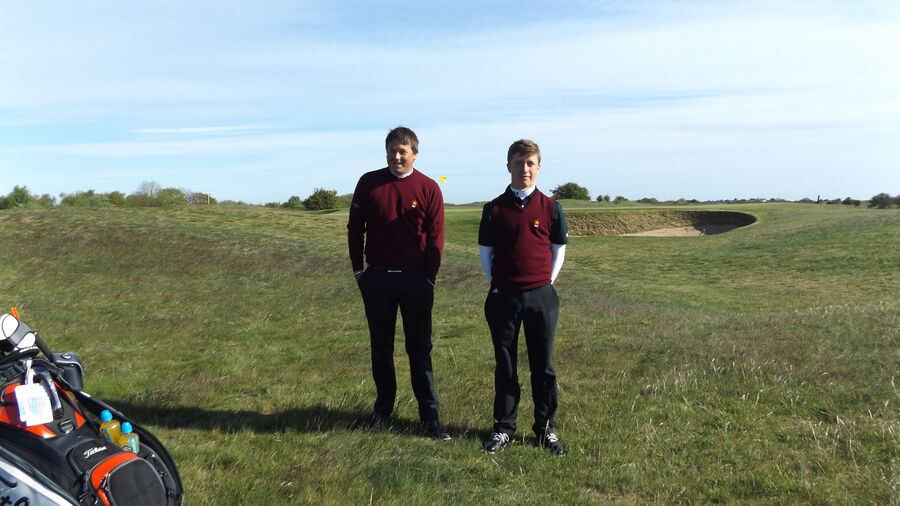 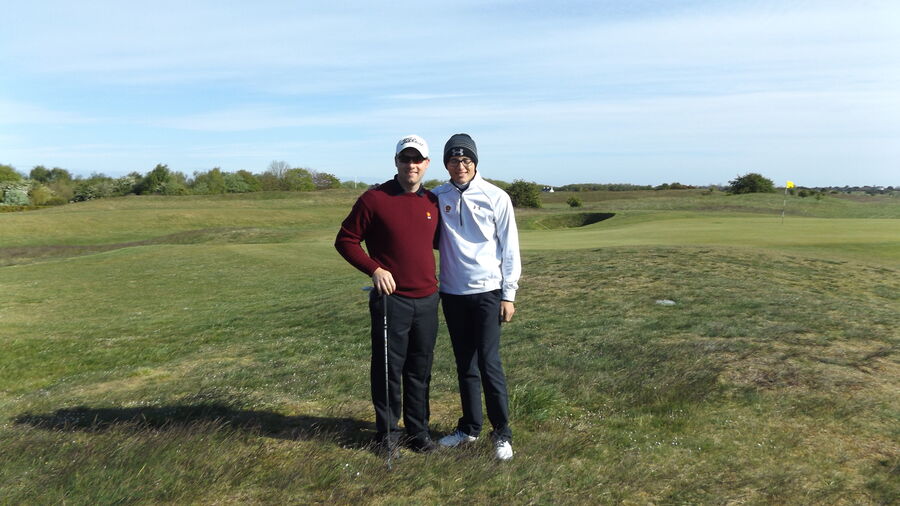 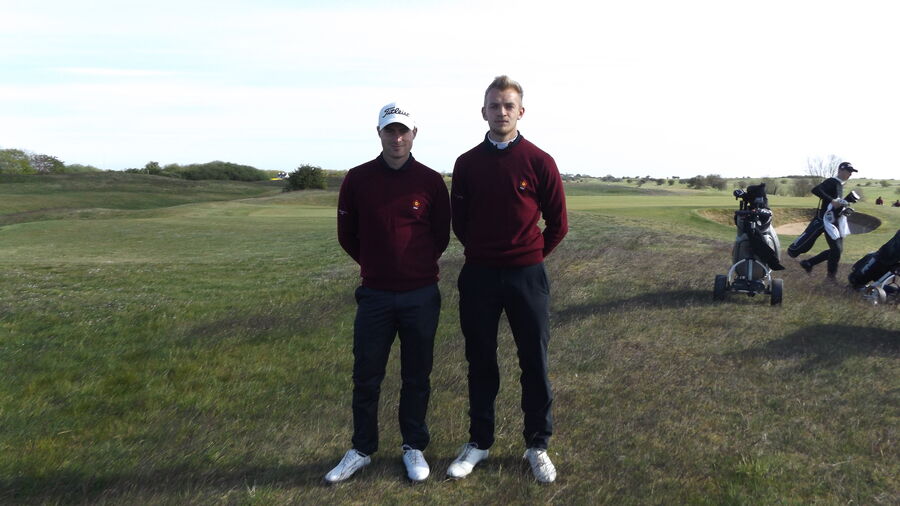 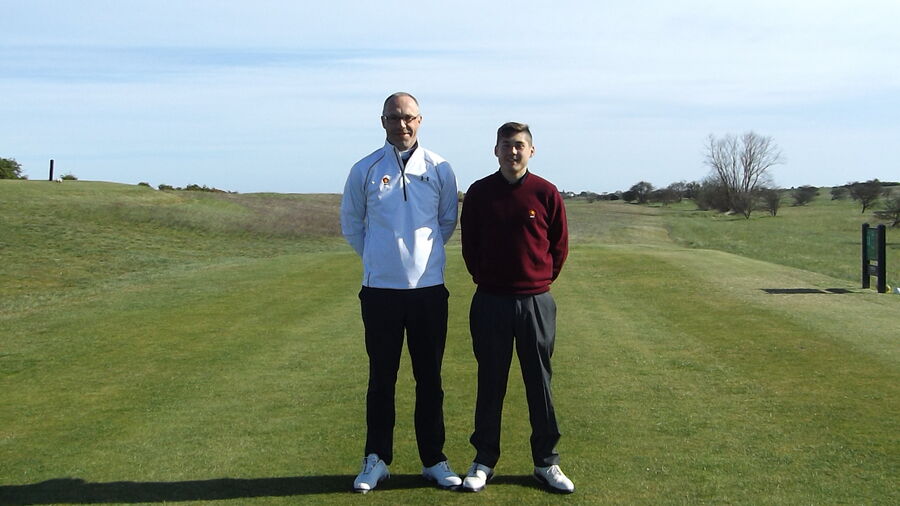 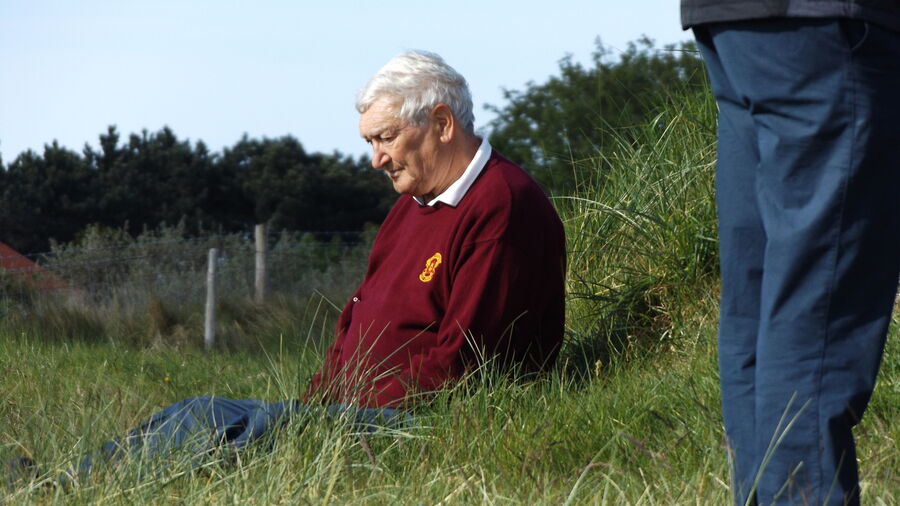 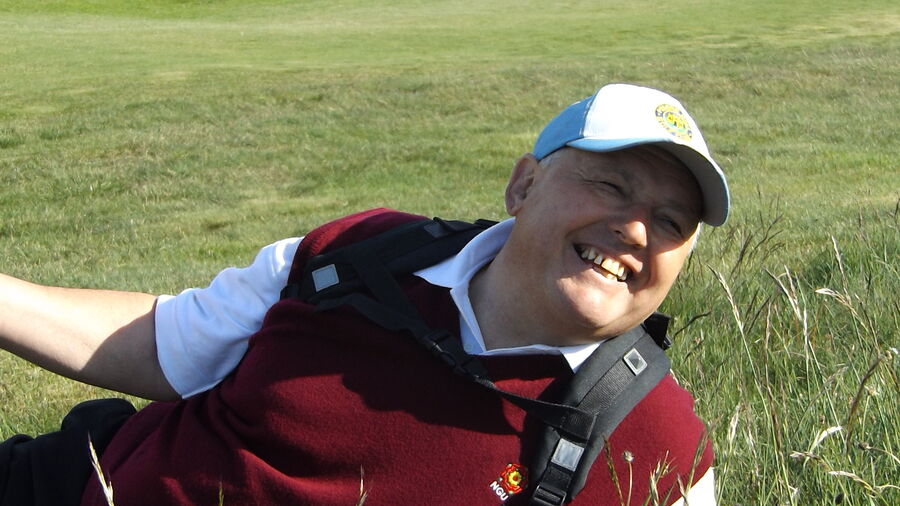 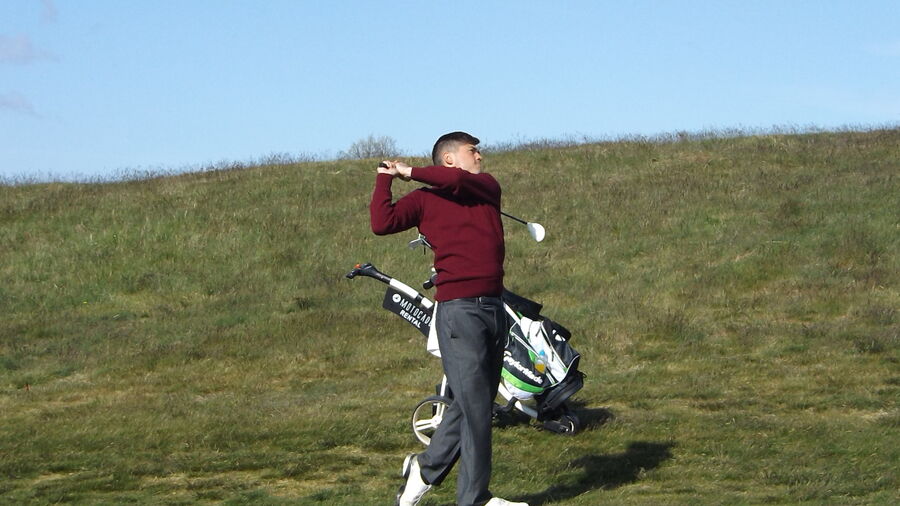 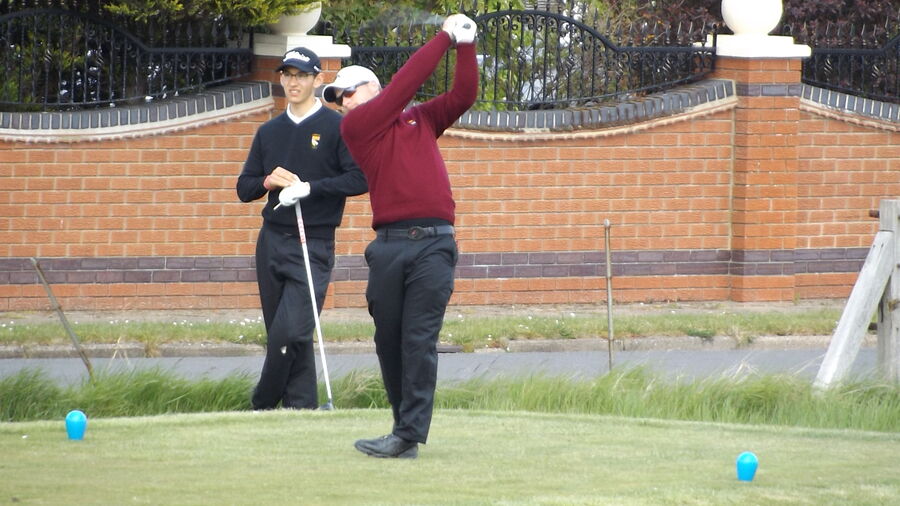 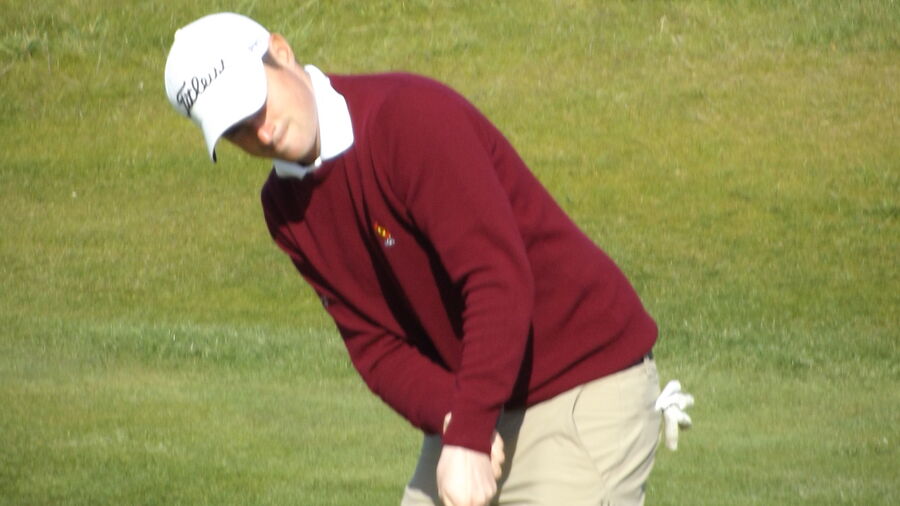