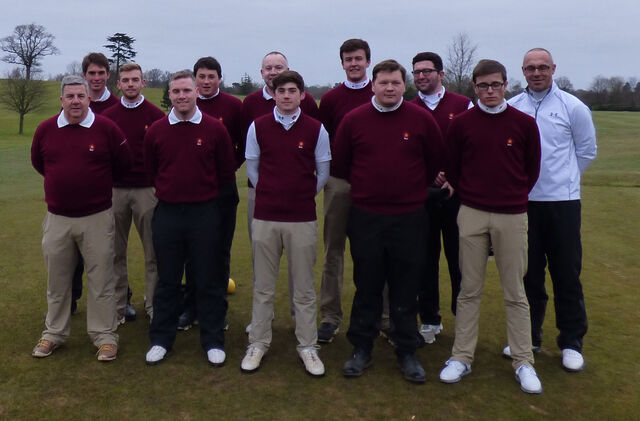 The 2016 season gets under way for the Northants Golf teams with a 10 a side friendly match against Warwickshire, with the 1st team were played at Overstone Park on Sunday 20th March.

The news was that we were starting on the 10th hole and with hedgehog wheels only, the players had a choice of a pull trolley or carry, also, we were playing off the yellow tees.

This left us all square at 2.5 each at Lunch.

At this stage, as the players came through the 11th hole, it looked very tight and had the match ended there, it would have been all square and after match 8 finished, with match 10 a walkover to Botty, it looked like we would need something from our last 2 players.

Overall, a great start to the season, Warks are always a strong team, let's carry this forward to a successful season. As usual, the team spirit amongst our lads is fantastic to see and is worth a couple of points each match, long may that continue.