Gainsborough courses had suffered heavy rain on Thursday/Friday prior to our match with Lincolnshire and the bunkers were very wet and remained unattended prior to Sundays match which made it difficult for both teams to play from. The lakes course is based on American greens large with multiple choices of pin placements, the rest of the course was in good condition, the real test on match day was the very strong wind that blew west to east across the course that made approach shots tricky to get right, at least it stayed dry!.

The morning foursomes saw both teams struggle with the conditions though one Linconshire pair of Will Hopkins & Jack Diment finishing 5 under par against our pairing who were a commendable 2 over after 12 holes receiving an early bath, Tom & Chris won the lead match on the 17th followed similarly by Luis & Mark winning 2 & 1. We had a good chance of securing a half point on the 18th in the last pairing but an untimely 3 putt scuppered our hopes, so honours evens at lunch. 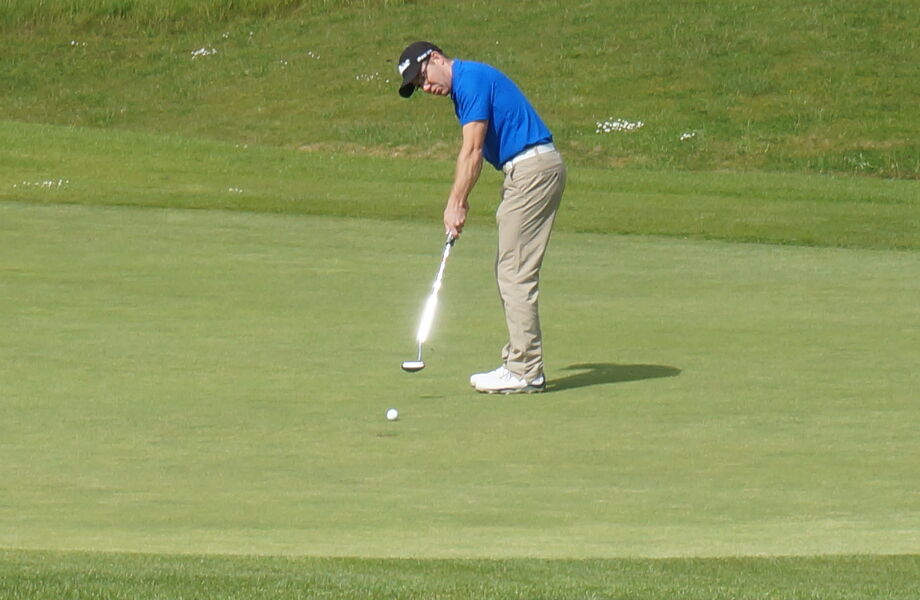 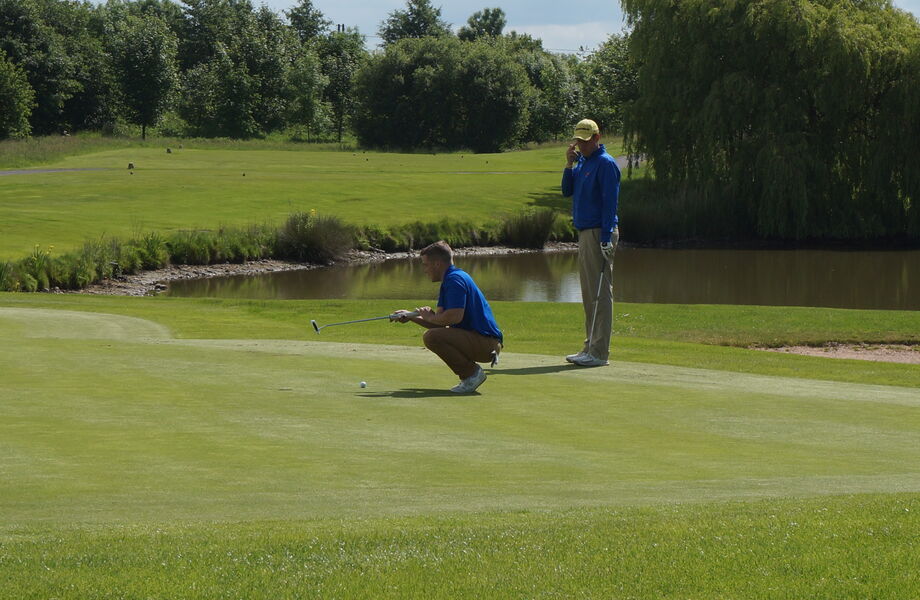 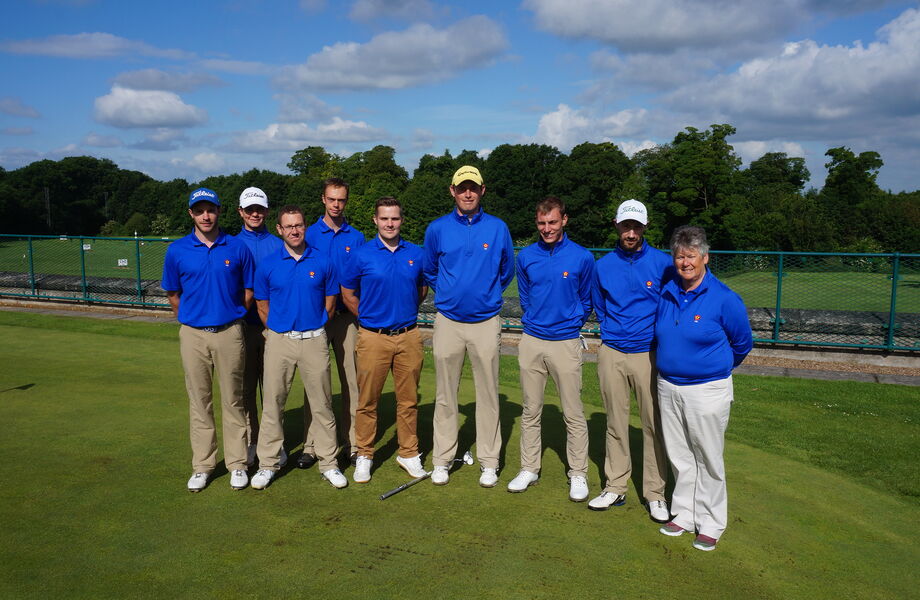 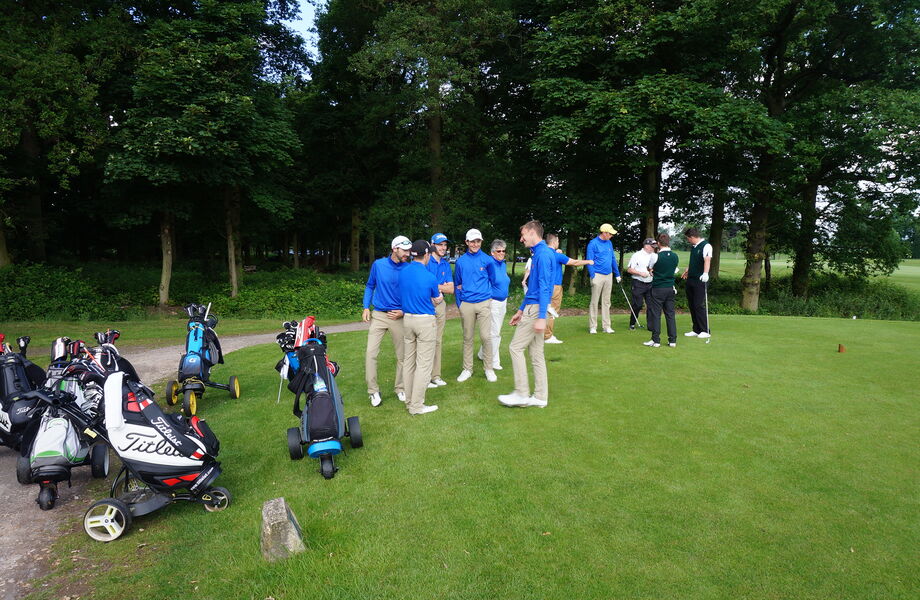 Our team had confidence that Lincolnshire were beatable in the singles and were determined to go for an overall win.

Mark Philips led the team off, this match was tight all the way round with never more than 1 in it either way until the 16th when Mark's tee shot finished in the hazard, he went on to lose this hole to go 2 down halving the 17th to lose 2 & 1.

Tom Burgh was playing the star from the foursomes Will Hopkins who was playing some incredible shots in the conditions which put Tom under pressure early on and was 4 down with 4 holes to play, Tom dug in and won the 15th & 16th but lost his match when the 17th was halved.

Similar story with Chris White finding himself 3 down with 4 to play Chris showed good determination and fought back to all square on the 17th and narrowly saw his putt lip out on the 18th but won a credible half to win our first 1/2 point of the afternoon. Our star of the afternoon was Mark Bazeley who took control of his match early doors giving his opponent little hope of winning, Mark's approach shots on target followed by a superb putting stroke saw Mark winning 7 & 6. Luis struggled in the conditions and was up against one of Lincolnshire strongest players going on to lose 5 & 4. Ryan Genner's match was a close affair until the last few holes when Ryan turned the screws with accurate long drives followed by pinpoint accuracy putting finish his match 3 & 1 winner. Sam Bird played well but was always playing catch up in his match running out of holes losing 3 & 2. Lastly Jack Hall again fought back from an early deficit and traded blows with his opponent going all square down the 18th both drove well but Lincolnshire approach shot finished within 6 feet from the hole, Jack hit a good shot but was unlucky with the bounce ending off the green he played a good chip but was outside his opponent with his putt missing the match was over.

Our team played well especially against a strong county as Lincolnshire with 47 clubs to choose players from against our 25. If I took one area that was a definite plus was how our players fought hard when they were losing which shows how determined they are when the odds are against them which bodes well for the future!