Under 16 team played on Tuesday at Forest Hill Golf Club. The team had a superb effort with a lot of young less experienced players in the team. We had 6 playing in the Hawkstone Midland Under 16 event which was more than any other county and 2 missing due to being back at school. It was great to see Robin Williams represent at this level and he was really helpful in encouraging the younger less experienced players and was certainly somebody to look up to.
On another note he finished 5th in the Mcevoy Trophy with Ben Jones finishing fourth.

See below the results sheet. 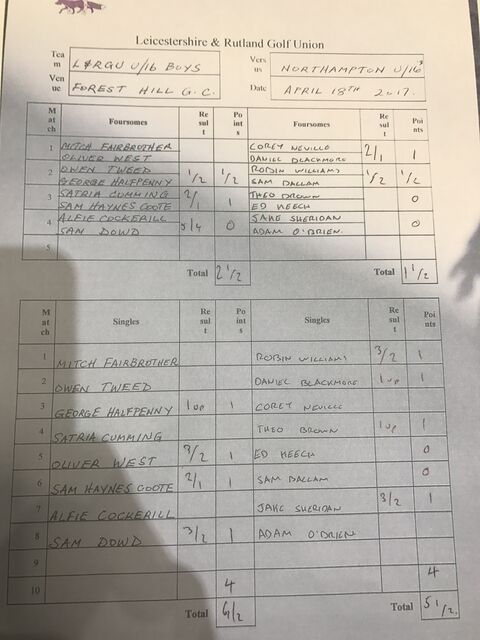