29 April 2018
Northants Juniors took on Cambridgeshire away at Brampton Park Golf Club in difficult conditions on April 29. The format was Six Pairs Greensomes matchplay 9 holes, followed by 12 singles matches over 9 holes. Although Northants trailed 31/2 -21/2 after the six Greensomes matches the Junior team rallied strongly with 81/2 points from a possible 12 singles matches to win 11-7 overall. An outstanding result away from

The Northants team consisted of five from Peterborough Milton, three from Kettering, two from Northampton, and one each from Northants County and Overstone Park With Cambs fielding a young mainly U-12 team, Northants were able to give debuts to four new Juniors Ben Atherton, James Attwood, Sonny Lennon (Kettering) Matthew Reeve (Northampton). The new lads, aged between 10-12 made the difference, and although they had been beaten in the earlier Greensomes pairs matches, all four won their singles to turn the overall score in Northants . All handicaps 25 and off the red tees, with all others off yellows, which made some matches even more difficult with full handicap differences.

Cambs provided great hospitality, keen and friendly competition and again the format was a huge success. The matches were all close and played in great spirit on a testing course in conditions generally windy and cold, with some rain later in the day, but the golf was high quality throughout.
Thanks to all who took part and the parents and officials who made the journey. 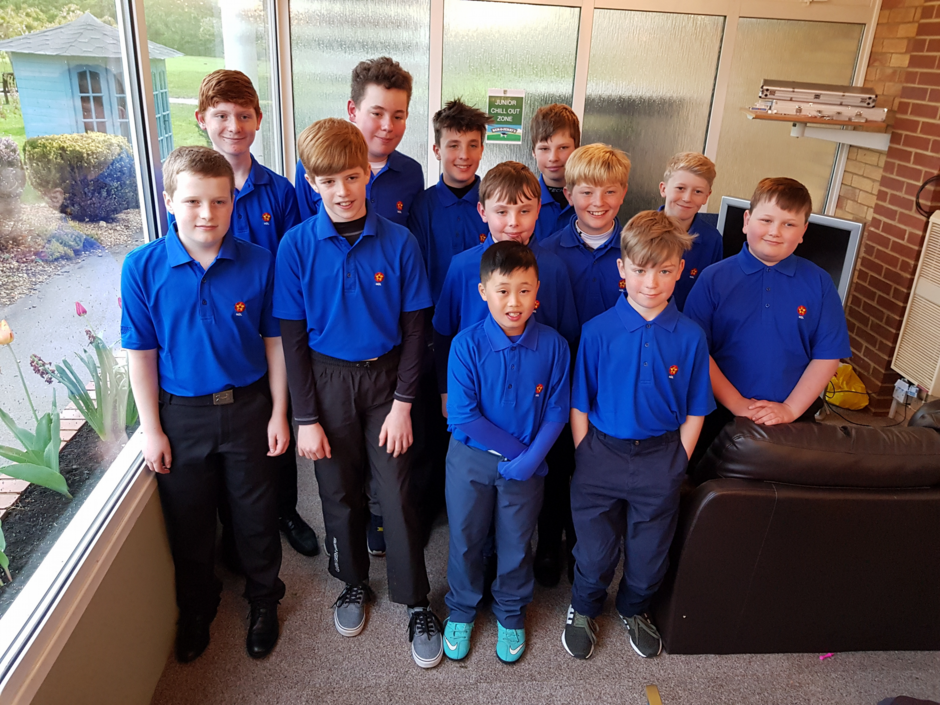