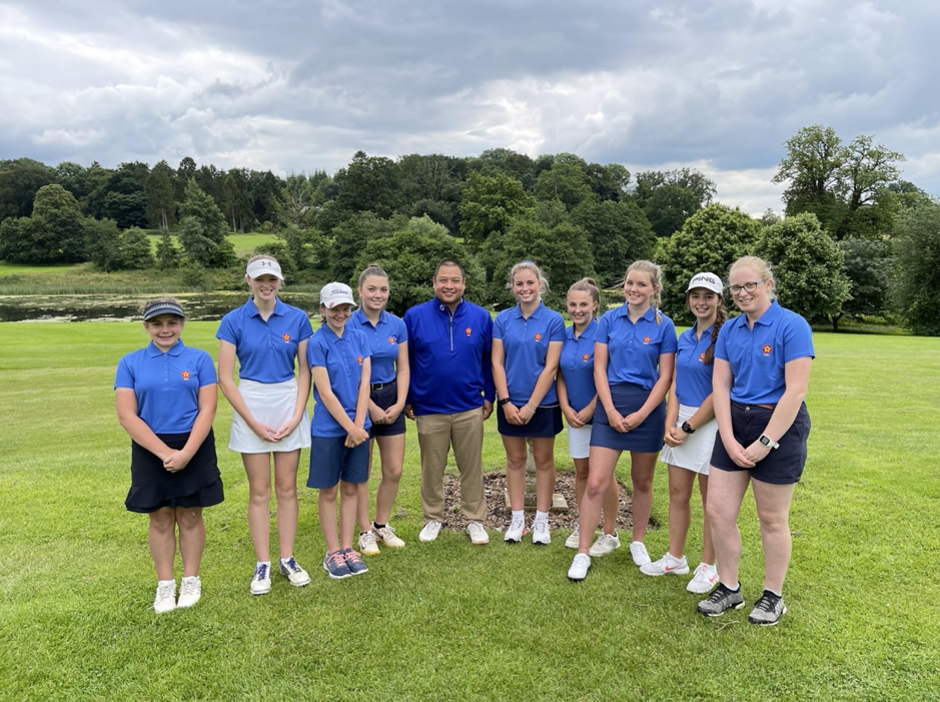 After far too long a break it was fantastic to have the Northamptonshire Girls back in action in a Midlands South League match against Worcestershire & Herefordshire played at the fabulous Northampton GC.

The girls were led extremely well by captain Jade Potter against a very strong W&H team. Both teams had to deal with late withdrawals due to self isolation. This meant that there were a number of our scratch girls matched against opponents with much lower handicaps and also some making their first appearance for the County team.

In the scratch matches everyone put up a good showing but there were a few outstanding performances by the W&H girls and meant that they won 5-1.

Really well done to Eloise Feely who played a great match to come through to win 3&2. A special mention to Eleanor Hamilton who moved up to the scratch matches having been originally due to play in a handicap match. She played extremely well and was 4 under her handicap in a fantastic effort.

A huge congratulations to our girls in the handicap team who won 2-1. All our girls were giving shots to their opponents and all played extremely well. Well done to Olivia Barby who was very strong making a winning debut 3&2 . A very special well done to Molly-May Baker who was also making her debut and was due to play in the experience category. Due to last minute changes she had to move into a handicap match and had to give her opponent a massive 18 shots. With an amazing performance she won her match 8&7. What a way to start your County career.

The next Northamptonshire Girls event is the Midlands South Junior Team Stableford on the 23rd July and our next match is against Warwickshire on Sunday 15th August @ Stratford Oaks GC.