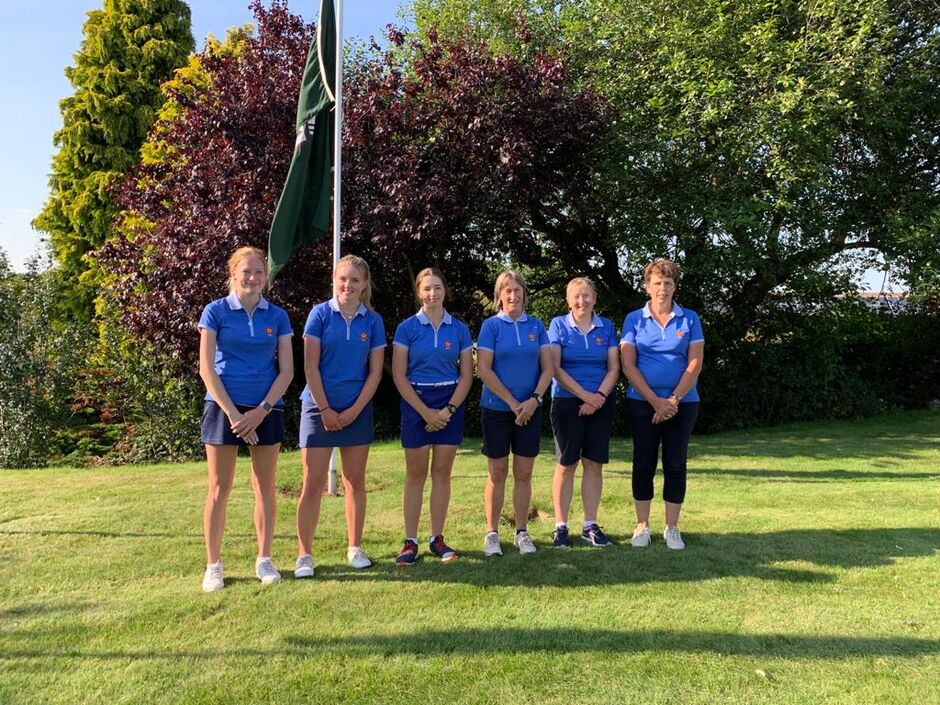 
Northants 2nd Team Ladies won their section against Hereford and Worcs and Warwickshire to claim a place in the first and second playoff final against Berkshire on the 26th August at The Vale GC Pershore Worcs .

The morning foursomes proved to be tense and at lunch Northants were drawn at 1.5 each with Berkshire. The two reserves Amy Nunn and Gill Hodgson who had been drafted into the team at late notice came up trumps with a win on the 18th hole . Katie Amos and Eloise Feely drew their match.
Course knowledge undoubtedly helped in the afternoon singles . Amy Nunn playing out of her skin secured our first win 8/7 closely followed by Linda Sherry enjoying singles success in the last two County matches 7/6.  Things looked promising for a Northants win at this stage, but Eloise and Alison narrowly lost closely contested encounters . This left Katie Amos and Gill Hodgson to bring the trophy home to Northants. The 18th hole proved to be a stern test with slopes and borrows ,water and a two tier green. The tension was immense as Katie drew on the last hole and Gill finished one down.

We may have lost the final, but I am immensely proud of the team The match was played in a competitive yet friendly atmosphere enjoyed by players and spectators alike. Northants and Berkshire have not been in the final before so perhaps an encouraging new chapter.