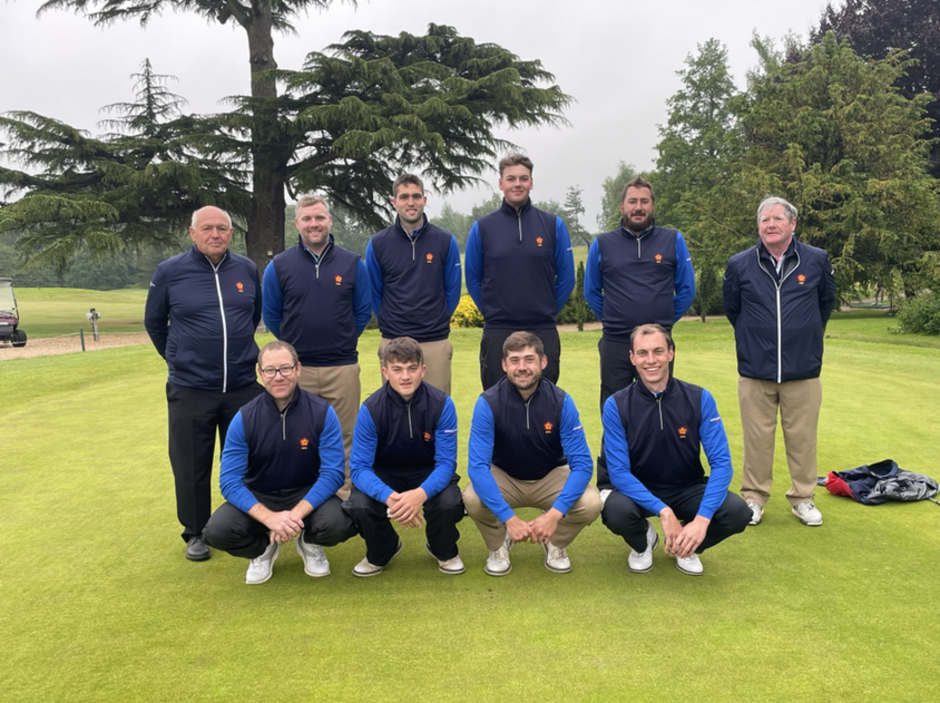 Second Anglian match of the year for Northamptonshire 1st Team saw us come against Suffolk.

Suffolk play all their 1st team matches at this venue, so this was going to be a challenge for our players to get the away win. A win would see us top of the league.

With the weather on the Sunday not the best, the players had an upbeat attitude heading out for the match.

The morning was a mixed bag with some great golf being played from both sides and think a 2-2 at Lunch was a respectable position for us to be in heading into the afternoon singles.

With a change in the order from this morning, captain Lee sent the team out with the hope that we could get the win.

Mark Stockdale was our top man and led the team out. Mark struggled against a top opponent and played some decent golf, but Patrick was just too strong, and first point went to Suffolk.

Ryan Genner was 2nd out and after getting a point this morning wanted to get maximum points. The match went back and forth for the majority of it but George was good coming down the stretch and edge the match.

Jensen had a very similar match to Ryan and found himself down around the turn and couldn’t quite get the match to swing in his favour and lost by the same margin.

Jack Brown next, and he found a Suffolk player with a hot putter. Alfie made 7 one putts in a row against Jack, and this was the killer blow in the end. Jack played some good stuff, but Alfie was just too good.

Jamie had a tough match up against a home member. Sam Debenham holed a few putts early to take a lead and found his stride on the greens also meaning another loss for Northants meaning at this point we had lost the match.

Torin Little was making his 1st Team debut today and impressed us all with some great golf. After getting his first full point in the morning, he was chomping at the bit to get maximum points. Torin eased himself into the match and was fighting hard all match to keep up with Jack, but experience prevailed and Torin lost 3&1. Shouldn’t be disappointed at all and we will see more points from this man in the future.

Mark was our only hope of getting something out of this session and news was that he was up! His opponent birdied the last two holes against him to claim the halve which Mark was disappointed in but should take some pride out of the fact he was the only player so far to claim anything out of the session.

The skipper brought up the rear and same story as the 7 players before him. Found himself down towards the middle part of the match but couldn’t quite narrow the deficit, resulted in a 2&1 loss. 7.5-0.5 afternoon result isn’t what we expected but after a small team talk after we know that this hasn’t taken us out of the race for the league just yet but makes our task a little bit harder.