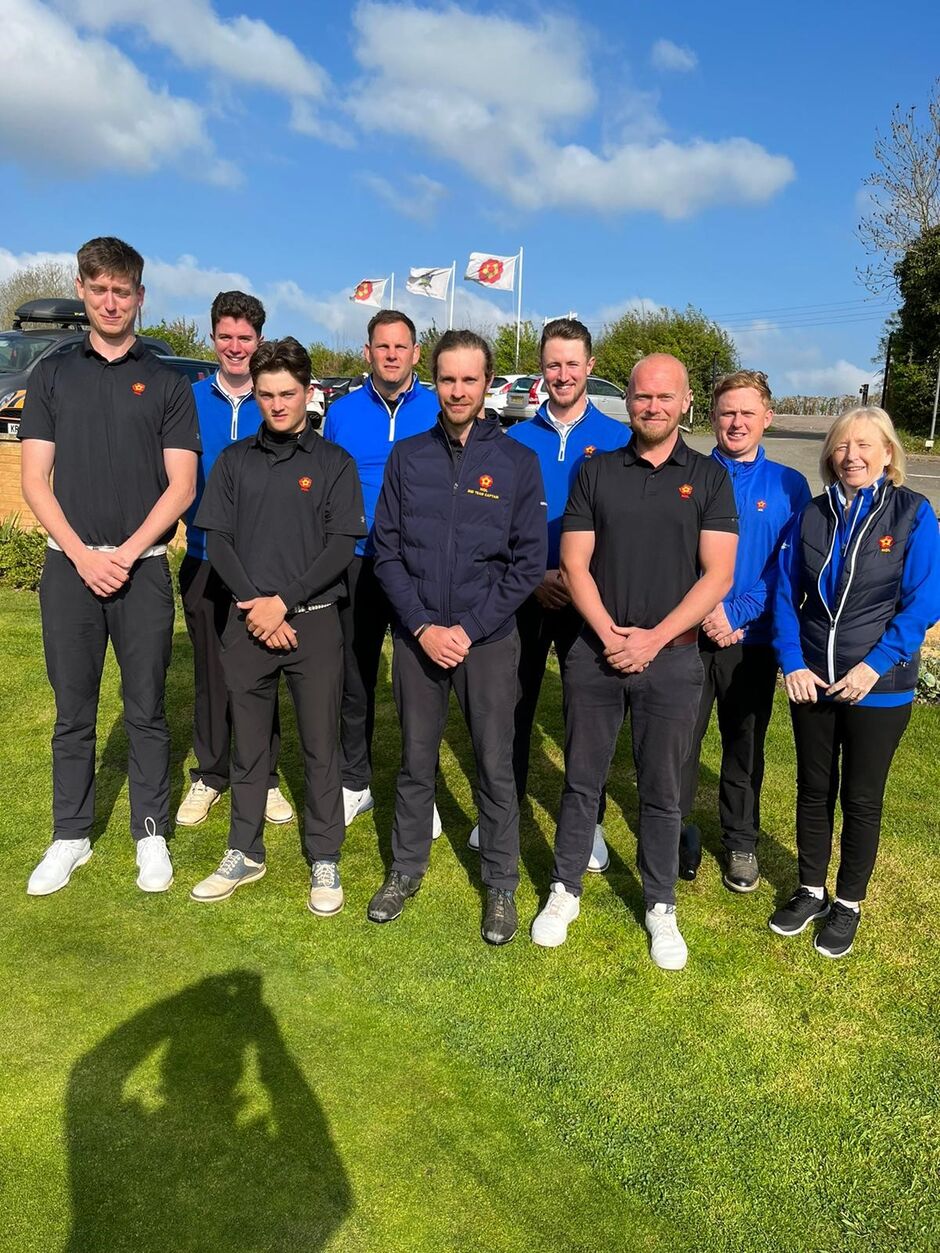 We entertained Warwickshire in a pre season friendly at a very tidy Rushden G.C.

A strong team was picked although a few players had been ‘loaned’ to the 1st Team.

Sam Bird and Torin Little lost the first , halved the 2nd and were unlucky to see their drive on 3 nestle behind a tree. Warks made birdie and we went 2 down. Ben Lavender and David Sanders were 1 up after 3 and in with a chance of winning the 4th, Ben holed for birdie 2 to go 2 up.

Sam Gilkes and Ben Hawkins lost the 1st, halved the 2nd and won the 3rd and halved the 4th in par. A/S

Sam Gilkes and Ben Hawkins were A.S after 6 and on 7 both pairs were behind trees. Northants came out but Warks hit the trees and we went 1 up, quickly followed by a win at the 8th to go 2 up.

Sam and Torin were 3 down after 8, playing well but being hit with birdies.

On the 10th Ben and David went 5 up. A new pairing that we tried in the Seniors friendly and they seem to be gelling nicely.

Sam and Torin lost their match 7 and 5 after 13 holes. Baptism of fire for Torin against an awesome pairing.

In the final match Ben and David won 5 and 3.

This gave us 2 – 2 after the Foursomes and all to play for in the singles.

Afternoon singles.
After 4 holes Torin was 1 down and Sam all square.

Ben Hawkins was A/S after 4 holes with Sam 2 down.

Ben Lavender was 1 up through 4 with David A/S.

Dave Sanders was hit late on with a flurry of birdies to lose 3 and 2 although Ben L. continued his impressive early season form to win 3 and 2.

After an excellent morning the singles proved disappointing losing 6 – 2.

Overall score was a win for Warwickshire 2nds by 8 – 4.