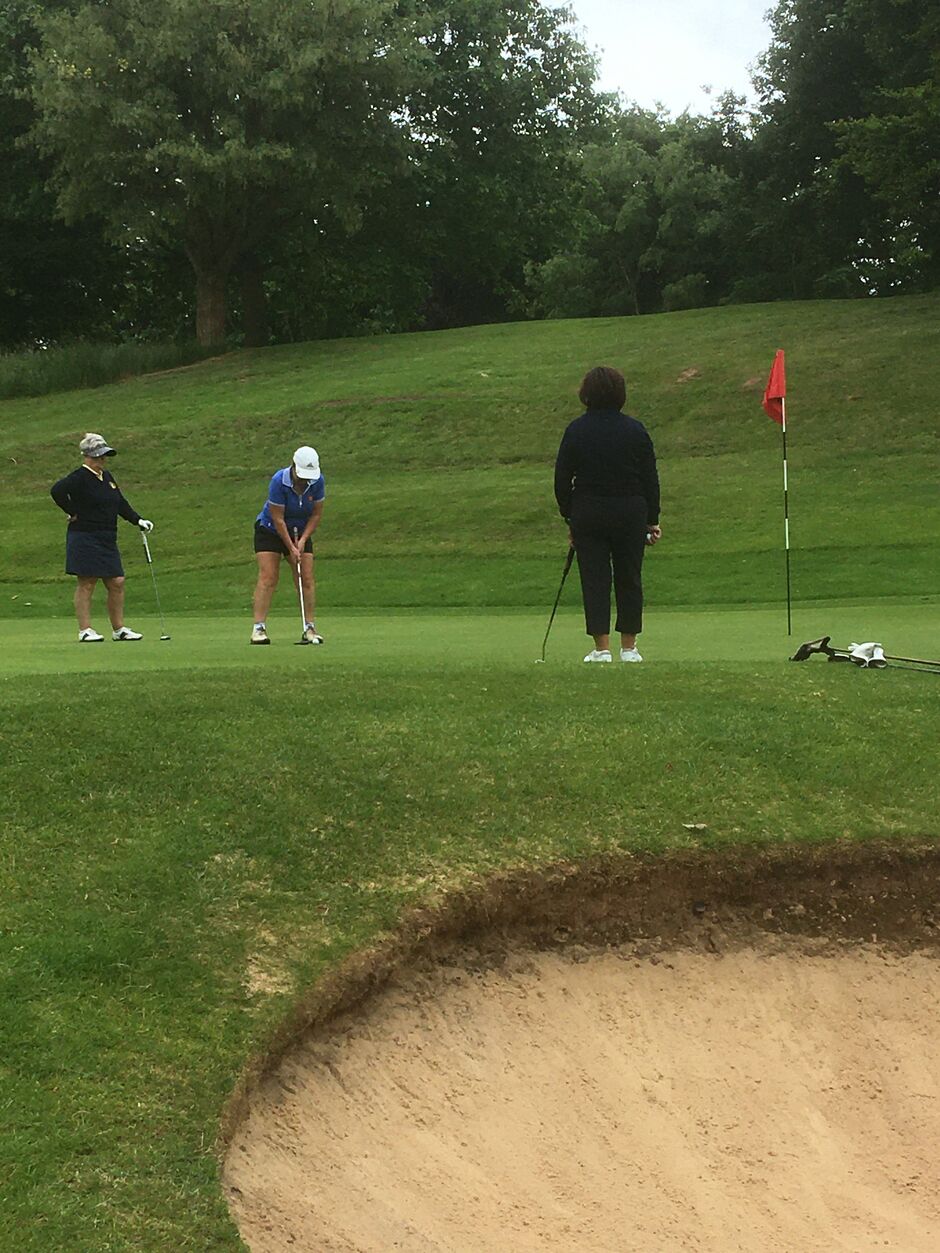 Everyone that arrived at Coventry golf club could see straightaway what a beautiful and well-maintained course they were to play on. Apologies to the first pairs out- with the first tee time being brought forward by half an hour without notice everyone was in a rush/panic to get started. Val Barker, the Warwickshire president, joined me on the first tee to start the team matches off. By the time the fourth pair were out everyone had settled once more but now the aim was to get started before the rain! Chris Gore walked up to the first tee and asked how many shots she had? Her face when I announced it was from scratch! She went on to par the 1st and 2nd holes and came in with a win with partner Alison Irvine.

There were some showers during the match but not enough to dampen anyone’s spirit. The ninth hole proved tough with two large bunkers guarding the long but thin green. Sandy and I watched as players from either side struggled to get out of the left side bunker with its steep bank. Sandy treated all the players to a chocolate before they went on to tackle the tenth and this was when we had one of the heavier showers. At this stage we knew that the Northants team were playing well with most being ‘up’ on the turn.

The Northants ladies had a battle and, win or lose, enjoyed their matches. The reward for all was a, rather pricy, afternoon tea. My thanks go to Coventry golf club for their hospitality- I was even a guinea pig for a waitress learning how to make floater coffee- and the lady captain from the club that came to wish us well even though she was not selected to play for Warwickshire. Finally, well done team for a brilliant win. 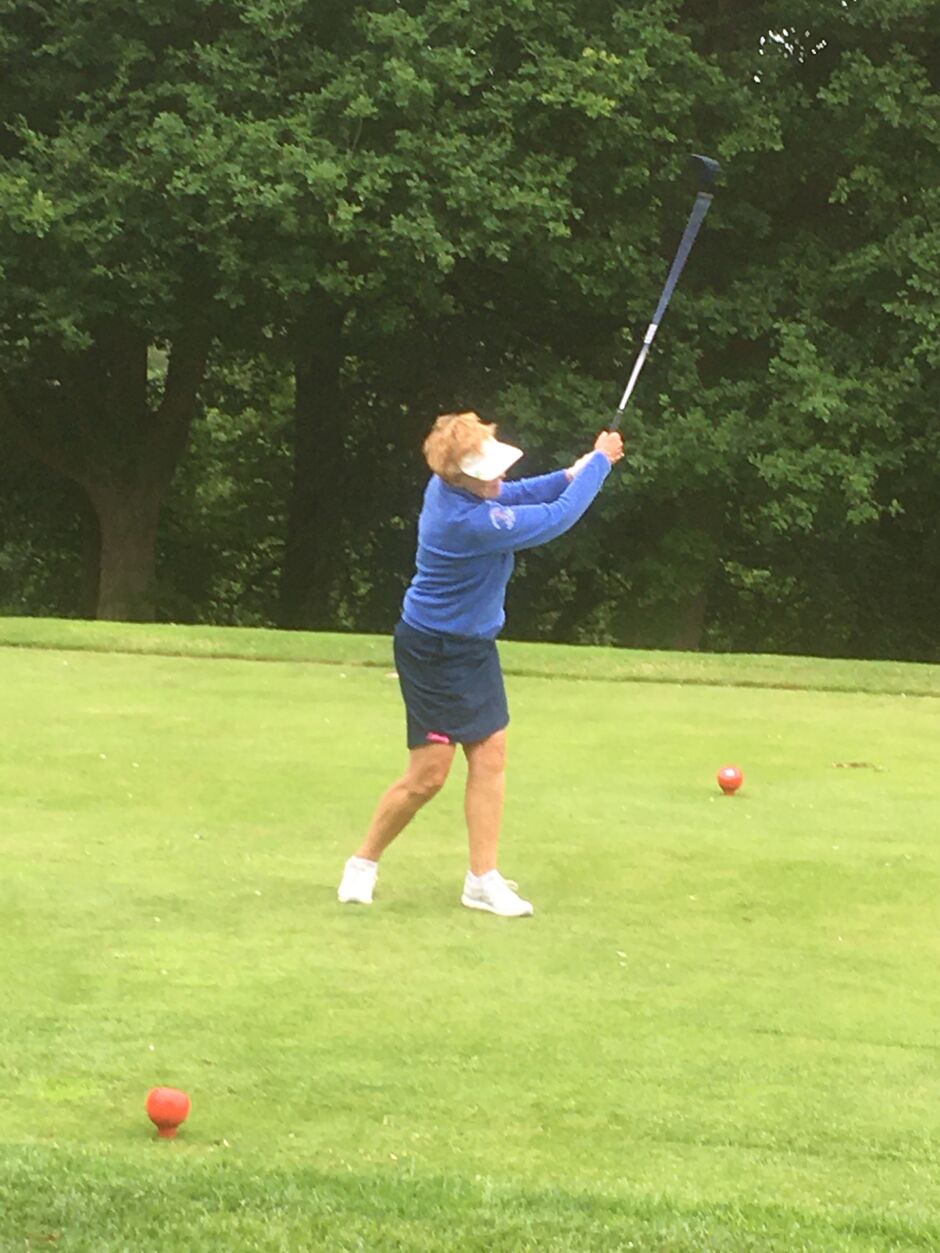 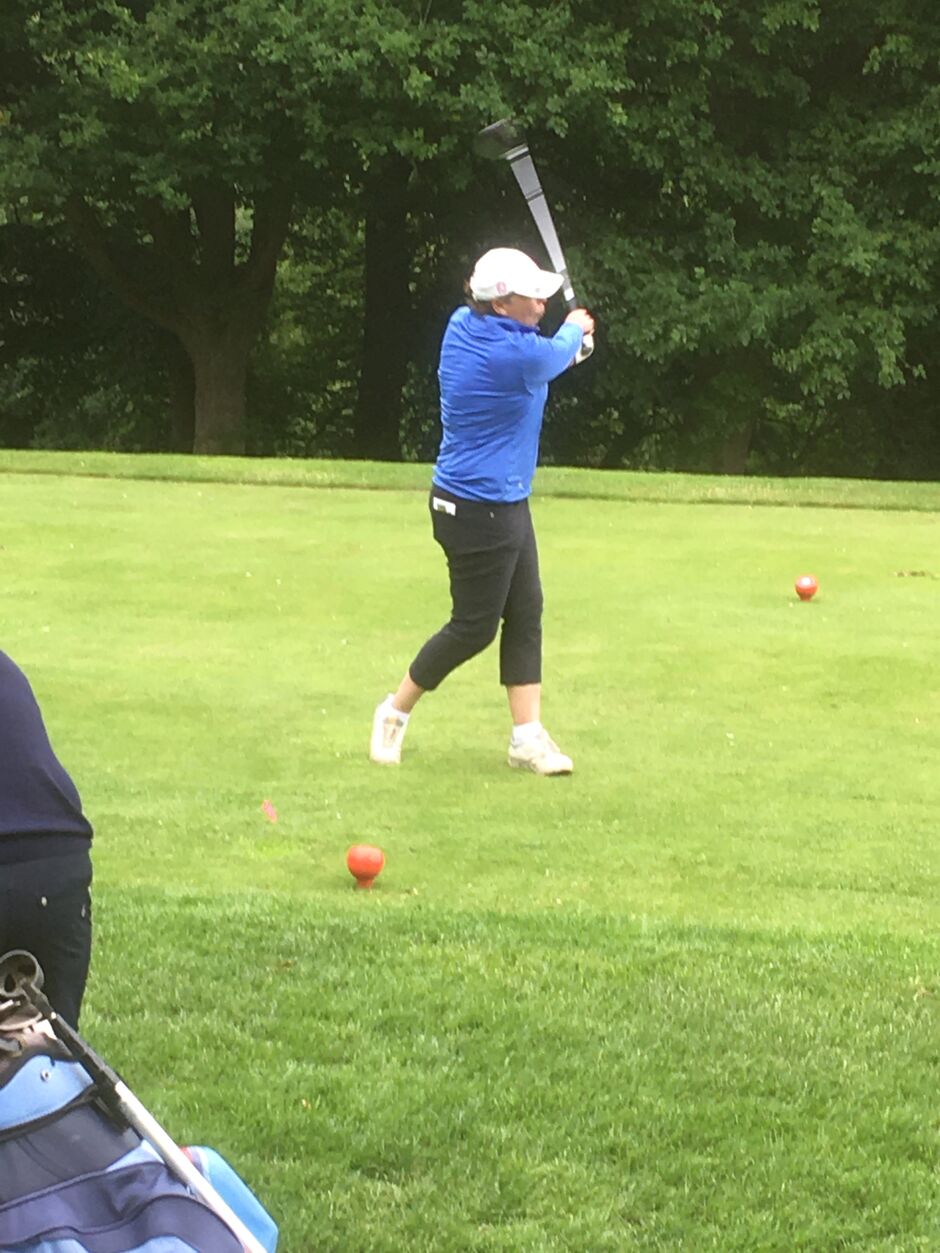 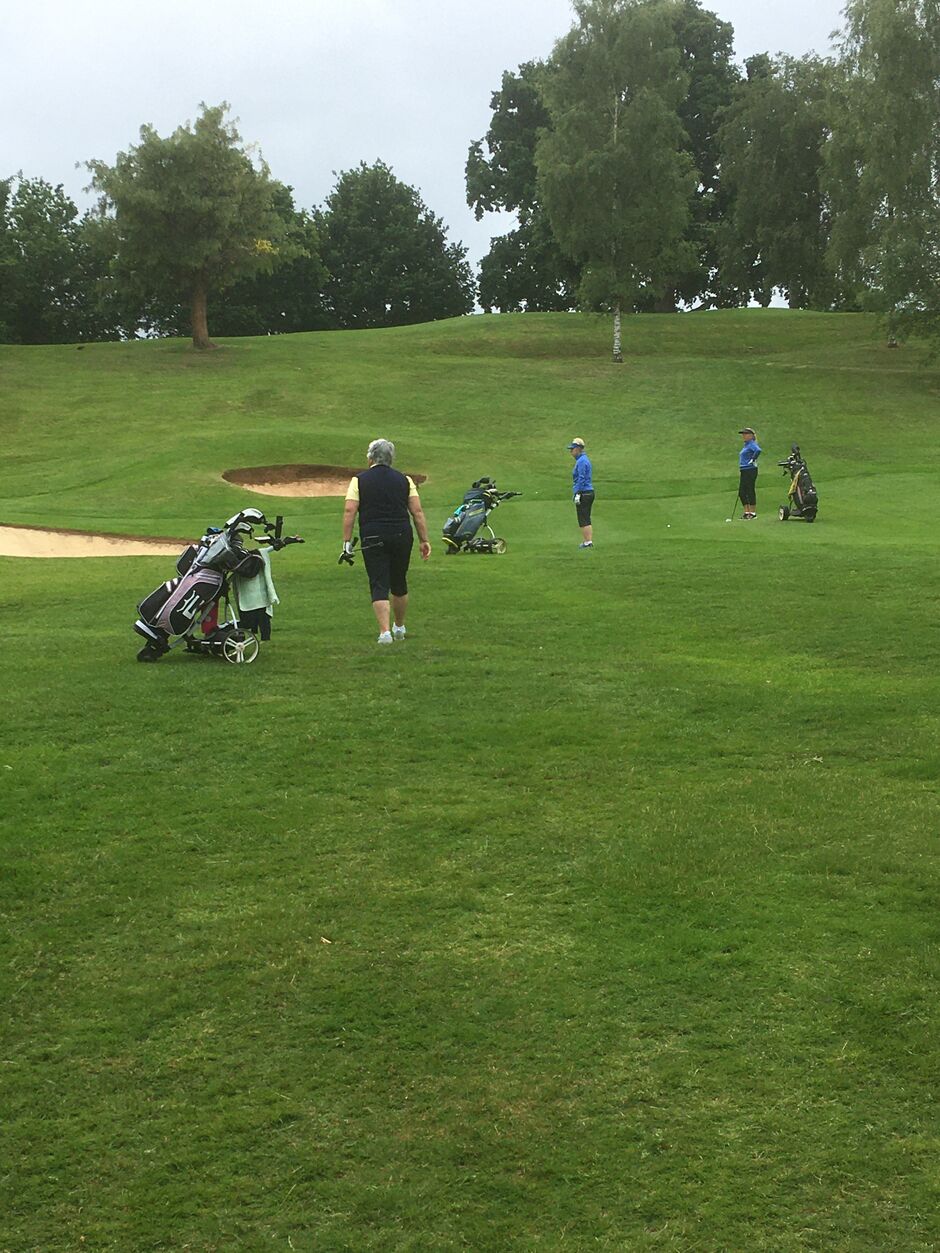 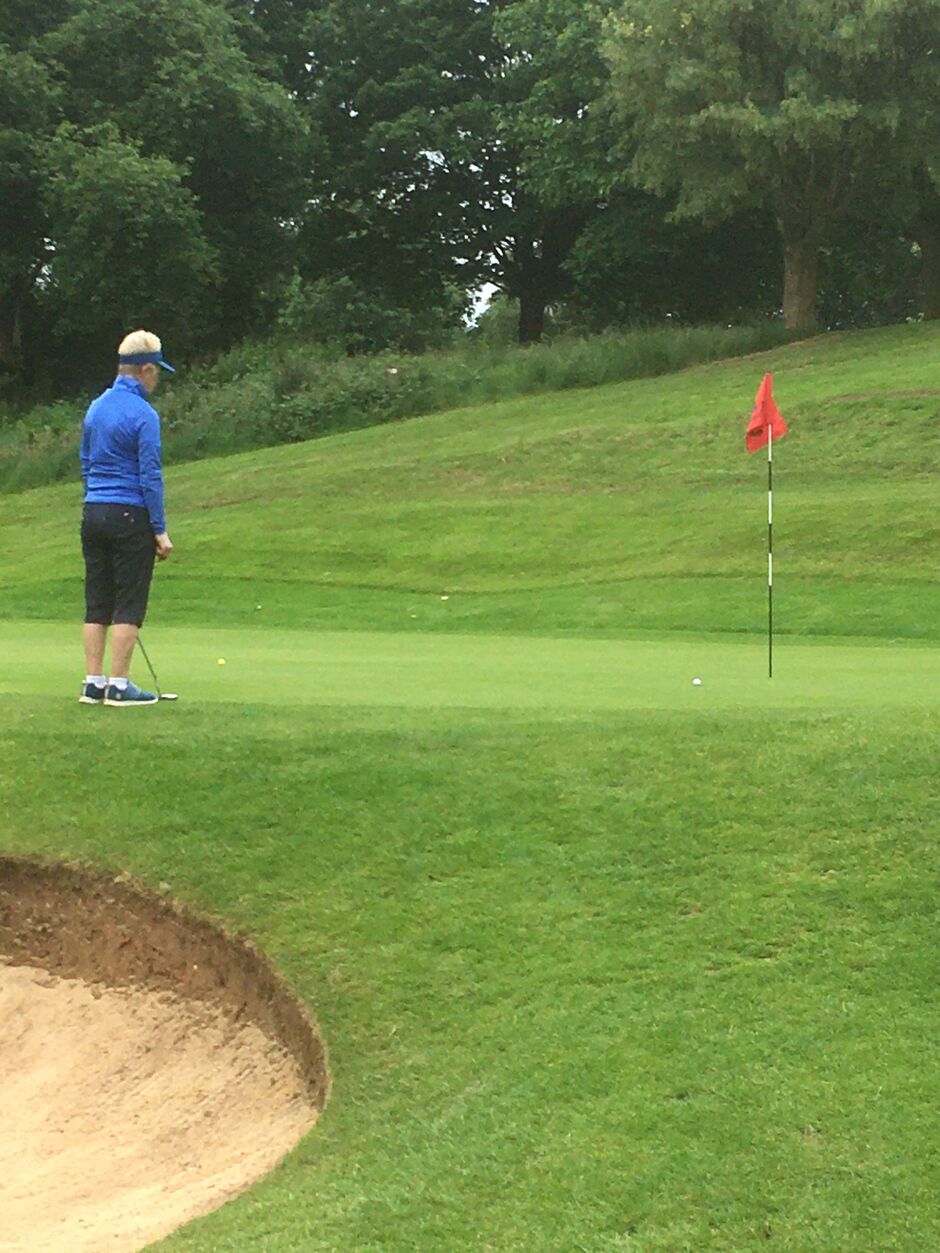 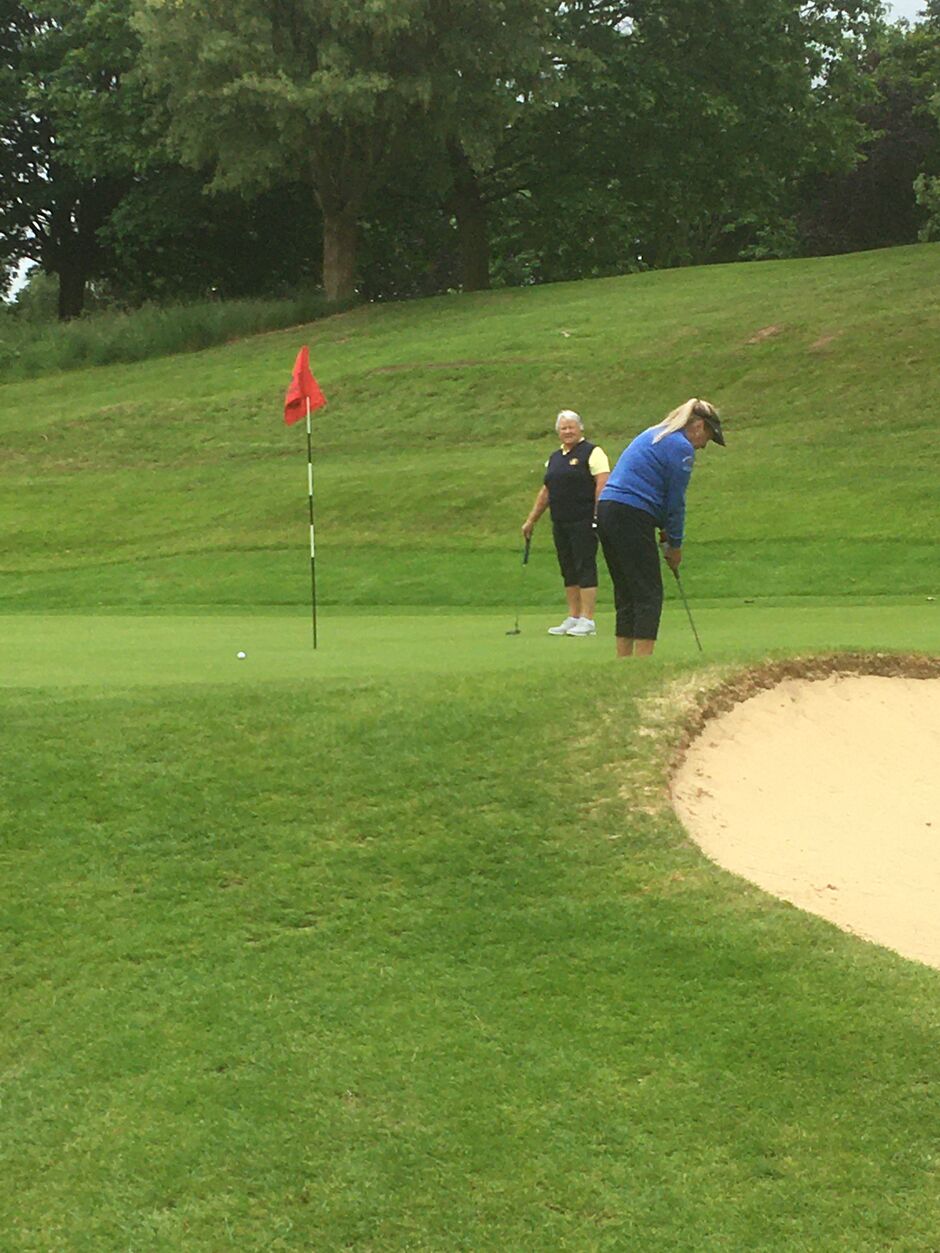