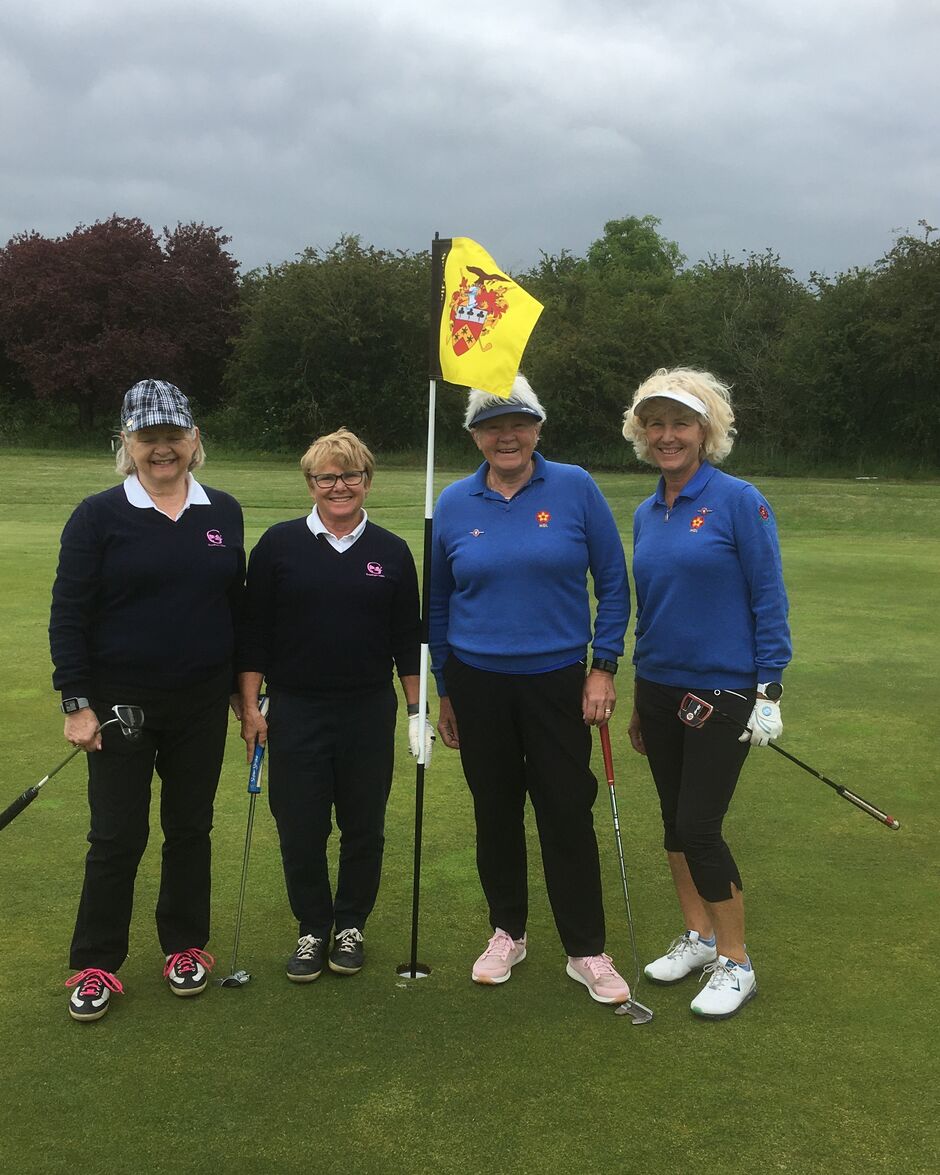 Sandy and Helen on the par 5 ninth

The day started with panic for both captains as road closures around Grantham held up many of the players. Many had travelled long distances to play in the match and had hoped for a coffee and rest after their journeys before starting to play. A quick reshuffle of the teams meant that the first tee time of 1o’clock was met.

The Lincs captain, Jackie, had organized the teams and checked their handicap Indexes for changes that morning so that we hoped for close matches. The course proved to be popular with all and, for many, it was their first time here. I announced on the tee that ‘the greens were cut to 3mm and the fairways to 13mm’ as advised by the pro – much to the amusement of many of the players! The ditches were referred to as ‘becks’ and were in play having been closed the day before due to heavy rain. Fortunately the course is built on sand so drains quickly.

Sandy (the President) and I met all the teams at the halfway house and players were enjoying the challenging course and the fact that it wasn’t raining. A couple of our team were down at this point so were given instructions to ‘try harder’. Karen and Julie, then 3 down, battled on to half the match at the end. The games were played in good spirit with a resounding win for Northants.

I’d like to thank all for playing but will mention Liz Rees who stepped in at the last minute to complete the team. It was great to end the day with freshly fried fish and chips as each group came in- delicious. 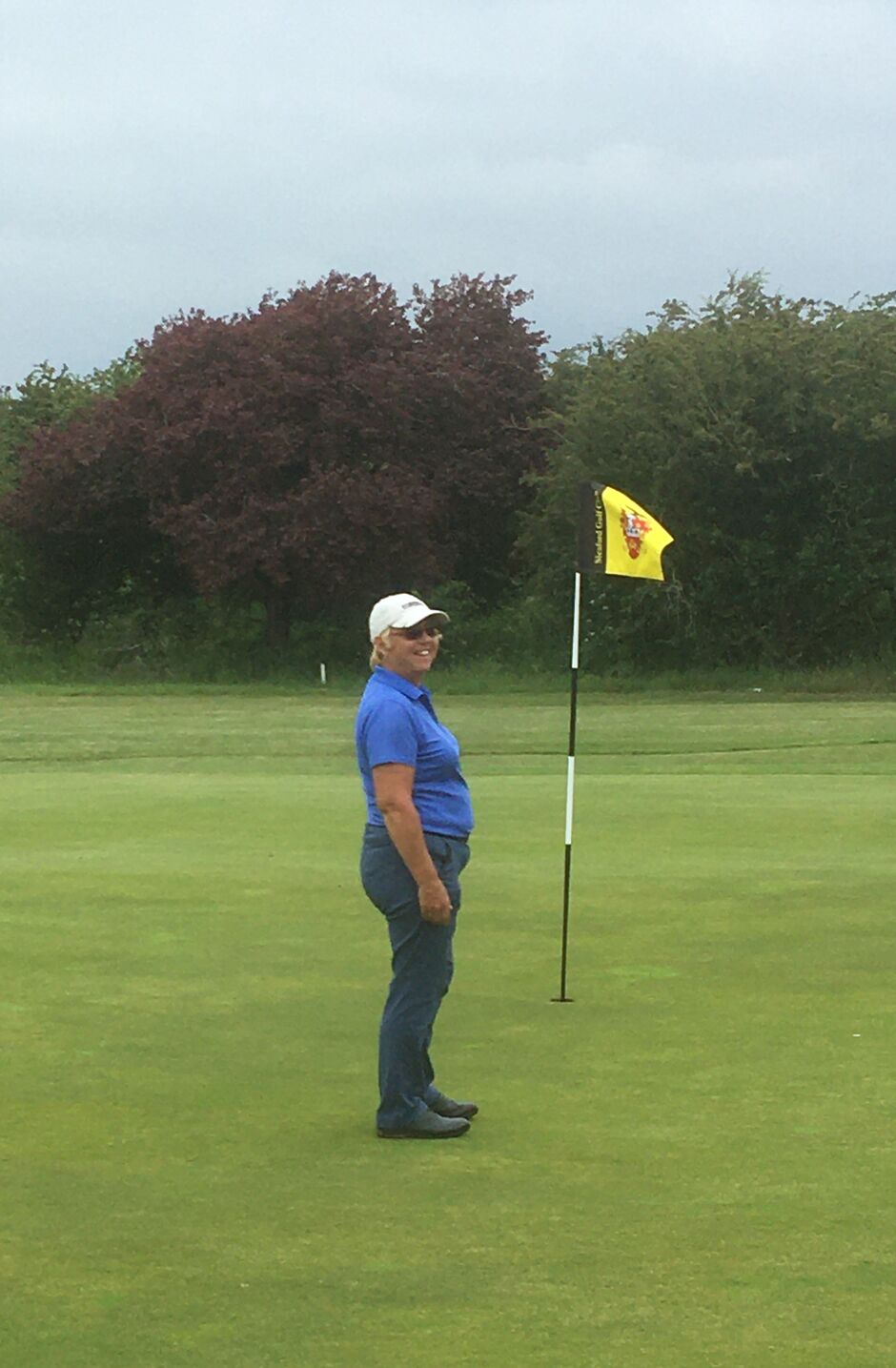 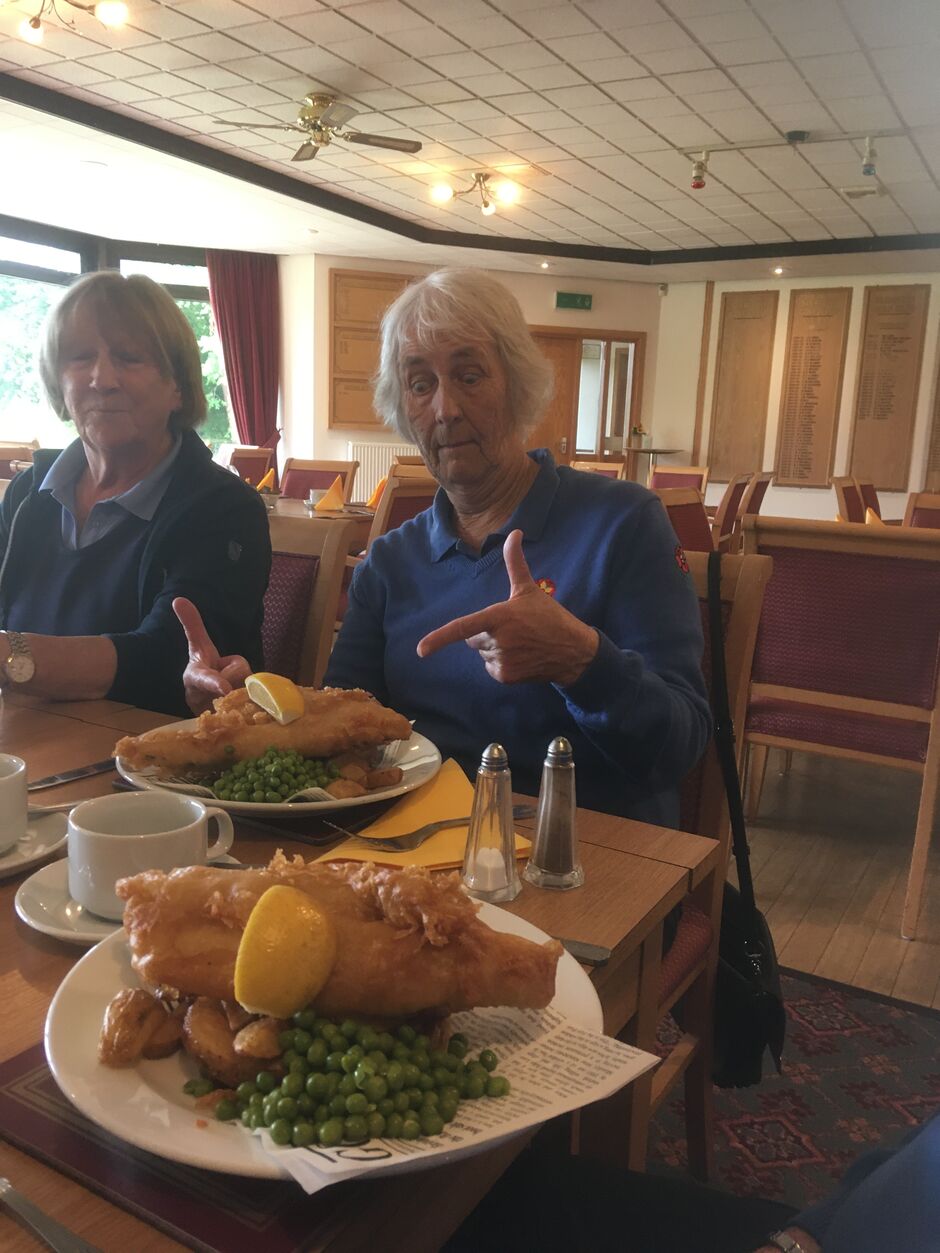 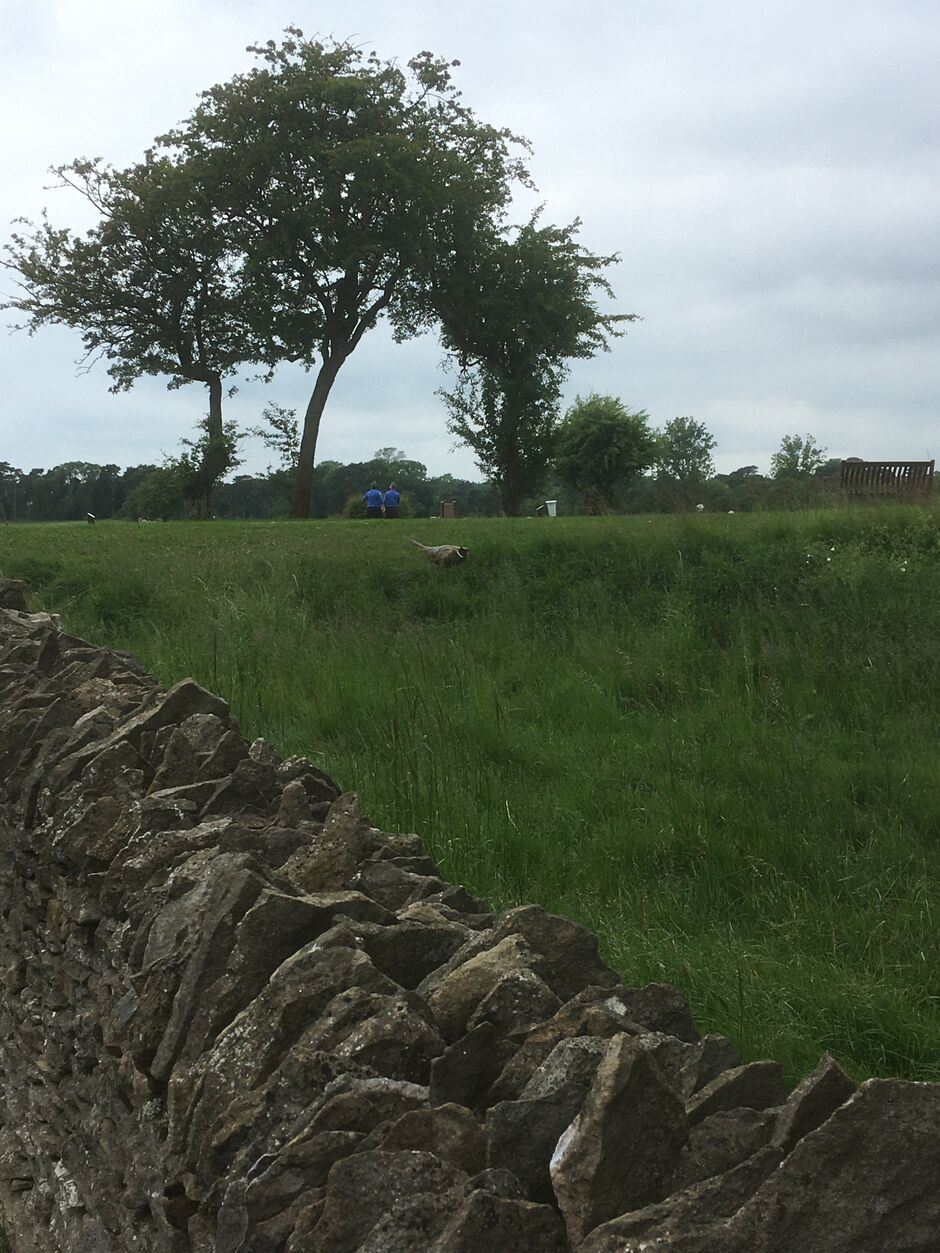