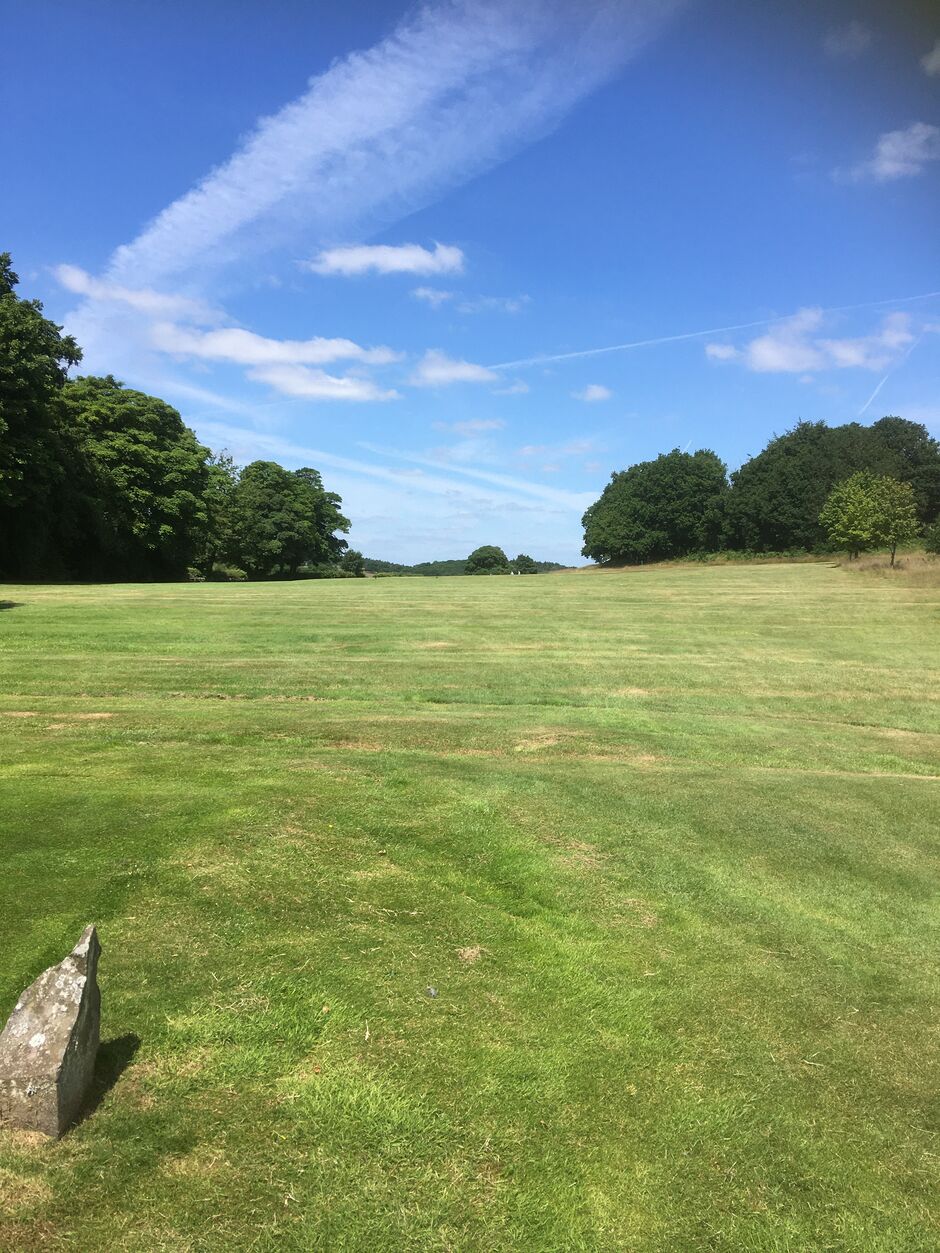 The view up the hill from the first tee

The two captains and the two presidents were looking forward to a friendly 9 holes of golf once all the ladies were off on the course. Then Sandy was called up for the Northants team just a day or two before. Then, on the morning of the match, the dreaded Covid struck meaning that I was needed in the team. As we waited for the tee off, the Leics captain began to get anxious as one of her players didn’t arrive. Their President was called up to play too!

The view from the first tee was obscured as the fairway sloped steeply towards the horizon. A couple of shots later and the area opened out to reveal more hazards as the thin sloping green appeared. The second hole involved a hike up a steep hill to the craggy spot where the tee was. There was absolutely no view of the fairway or green from this blind spot. Hit and hope down the hill was the shot to play! Huge boulders guarded the slope and there was no local rule to help you negotiate a shot from behind one. Ditto, the dry-stone walls that lay across the fairways after you had crossed a wide ditch. This course was testing to say the least!

Being a nine hole course, players did their best to remember the layout of each hole they faced ready for tackling it better on the back nine. As expected, there were many hunts for lost balls and use of provisional balls by many players and play began to be rather slow. No time to stop off for a comfort break as visitors arrived for their tee times and waited for us to pass through.

Once back in the clubhouse after my match, the question was asked – “Who chose this course, was it Carol?” I laughed and told my team that the opposition had made the choice so Carol could not be blamed! Everyone agreed that a halved match was a fitting end to the battle that took place on the course that day. 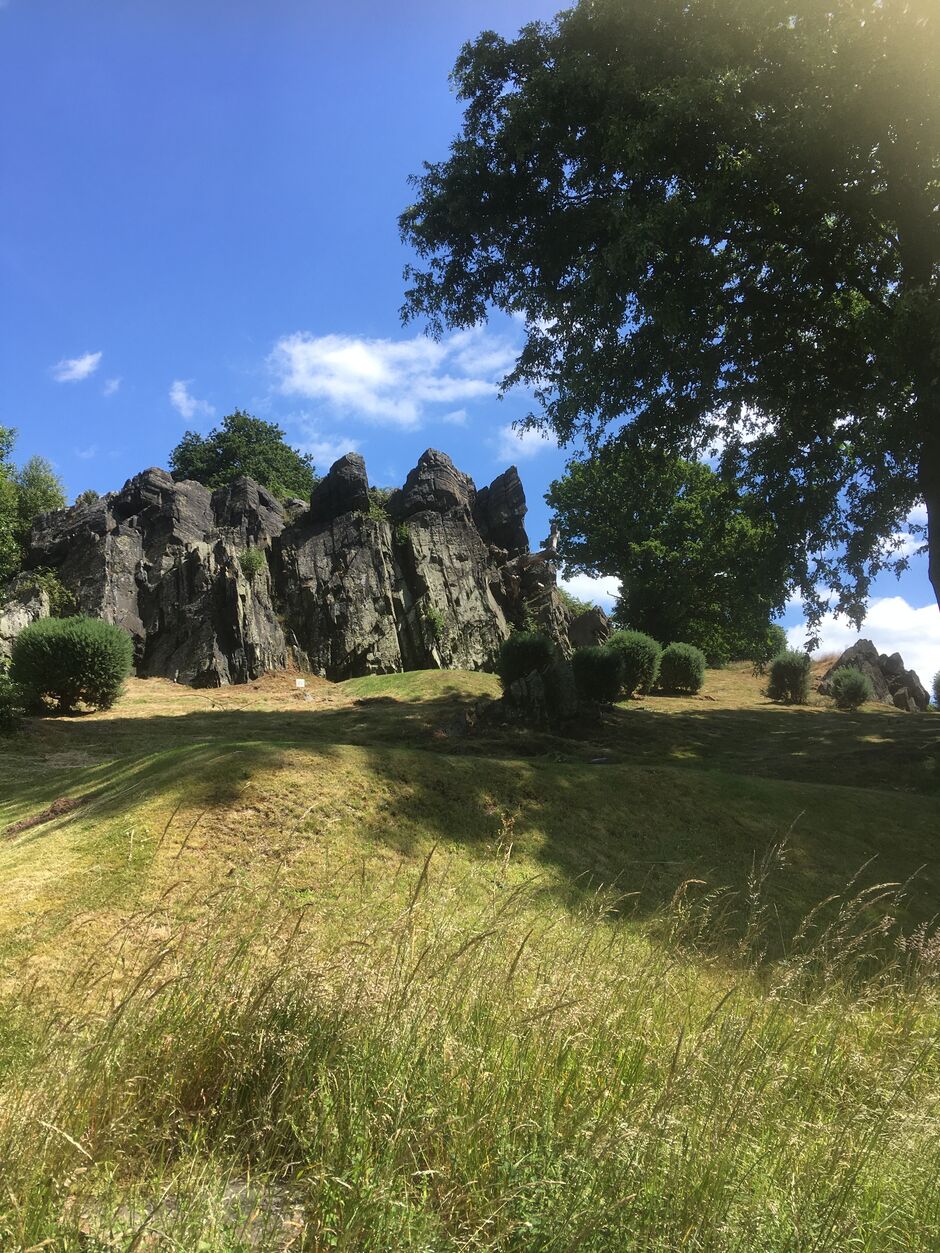 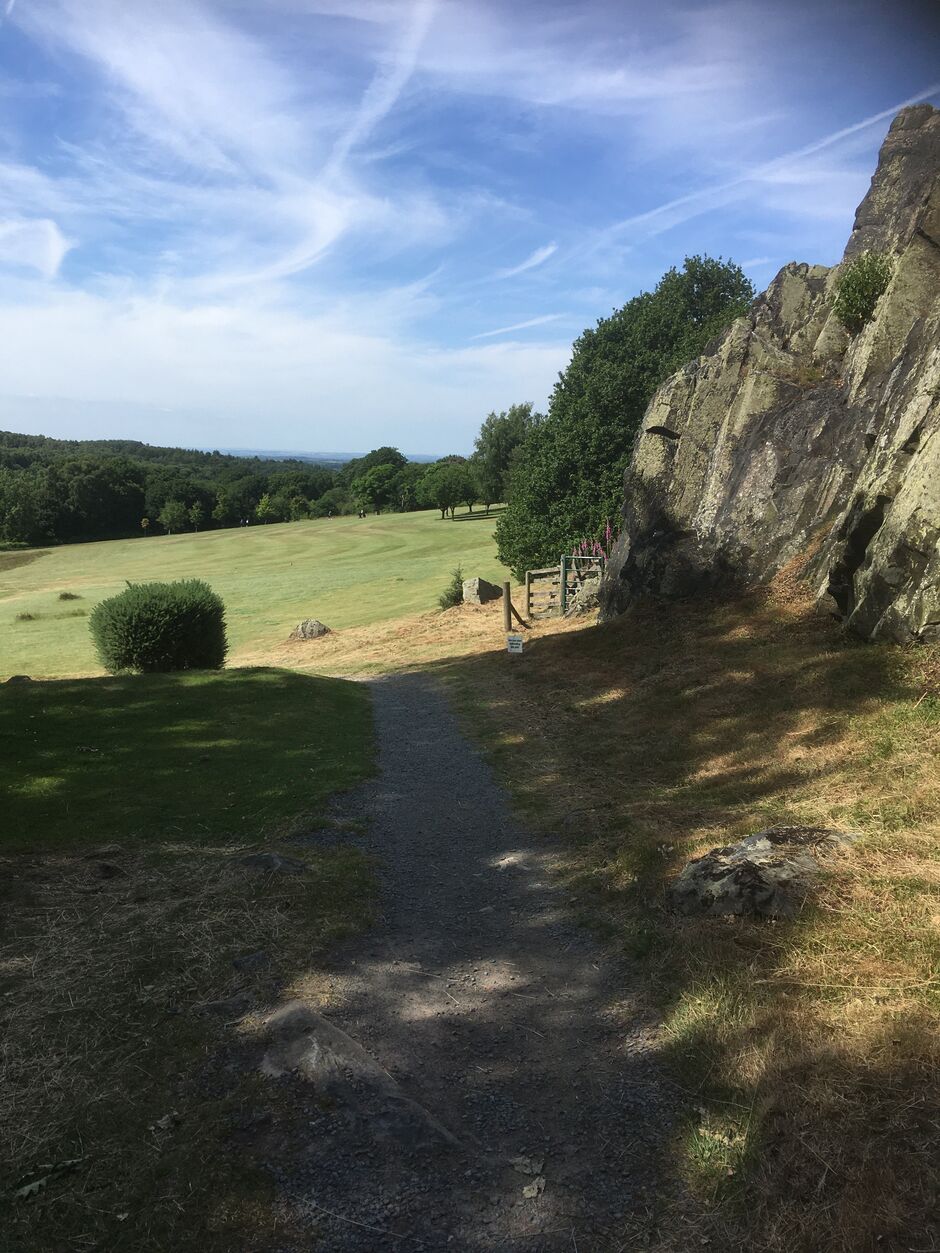 Tee view with large drop onto the fairway hole 12