ON SATURDAY 7th MAY 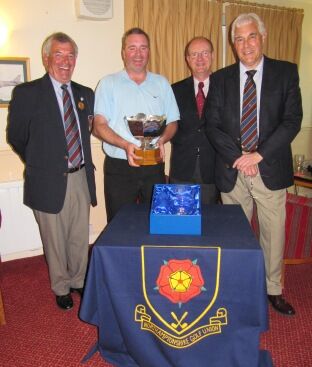 Rob Camplisson (Delepre) paid tribute to the late Seve Ballasteros when he dedicated his victory in the Higgs Bowl to the Spanish Champion who sadly died earlier in the day.

All those present joined in the generous applause for this fine tribute.  Rob said that he had "surprised himself" with an excellent round which saw him win the trophy by 2 shots from Steve Alexander (Rushden GC).