Our thanks to all at Priors Hall especially Jeff Bradbrook, General Manager and Graeme Thomson, Club Captain for an excellent day on a course in very good condition. 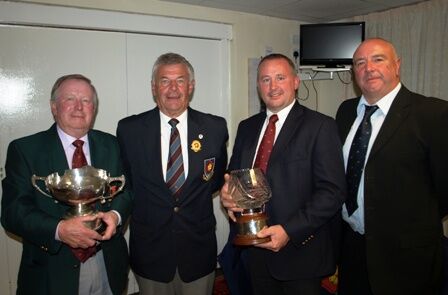 Photographed are from left to right:-