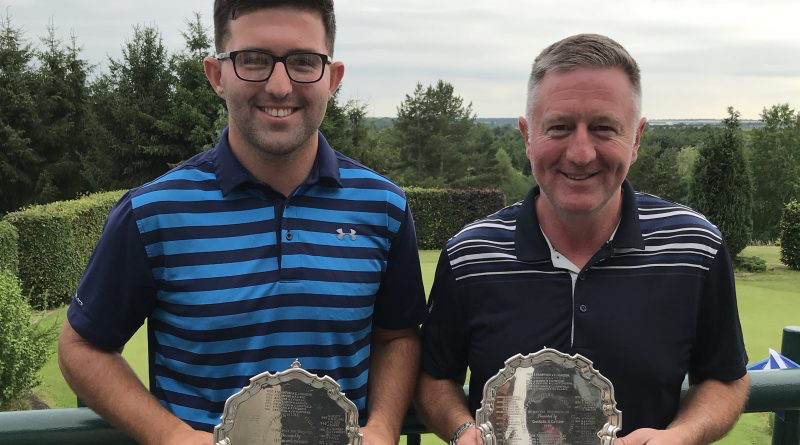 Steve Farr and Callum Farr were successful in the NGL Scratch Foursomes as they carded the leading 36-hole gross score of 144 on their home course at Priors Hall GC.
The father-and-son combination carded five birdies and an eagle in an opening one-over-par 73 to sit joint first, before pulling clear of the field with a more consistent afternoon round of 71.
Kingsthorpe’s Mark Bazeley and Matt Landers finished five strokes back in second place, with club-mates and fellow first round pacesetters Max Armstrong and Lee Hitchcock a further shot adrift in third. Overstone’s Phil Gardner and Peter Gasson claimed the net prize.