Review of the Year: 2020 National Tournaments

Northamptonshire’s Ben Jones and Callum Farr moved a significant step closer to playing in the 2021 Walker Cup after being named in a provisional 15-man Great Britain and Ireland squad for the match against USA at Seminole, Florida.

The two England internationals will be hoping to impress the selectors for the biggest match in men’s amateur golf, which is scheduled for May 8th-9th, as they take part in a collection of training squads in early 2021.

Jones narrowly missed out on making the side in 2019, so selection for himself or Farr would mean they go one better than Northants professionals Gary Boyd and Ryan Evens, who were both reserves during their amateur careers.

After a heavy 15½-10½ defeat in the contest at Royal Liverpool in 2019, the team will be aiming for their first victory on US soil since they triumphed in 2001.

The GB&I line-up for the Vagliano Trophy match against Europe on June 25-26th at Golf Club de Lausanne in Switzerland will be selected from the same squad of players.

Robin Williams (Peterborough Milton) has also received international recognition after being picked in the England Men’s squad for the 2021 season, alongside both Jones and Farr. 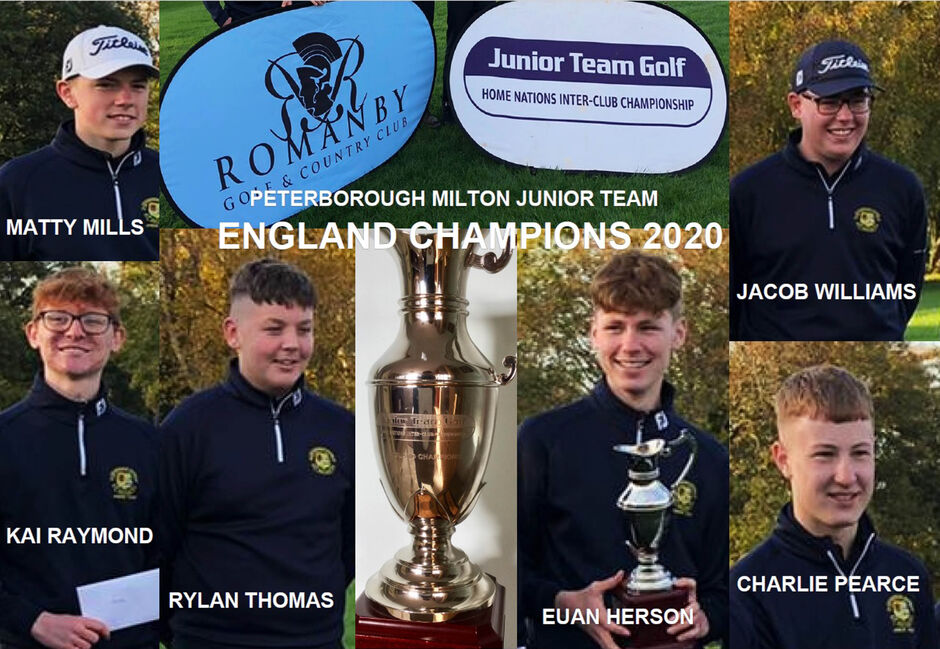 Milton’s reputation for developing young golfers was further enhanced when their junior team won the England Team Final in front of the Sky TV cameras at Romanby in North Yorkshire.

After earning the right to represent Northamptonshire by winning the club team prize at the 2020 Junior County Championships, Milton added the midlands crown before taking on sides from Essex, Cornwall, Dorset, West Yorkshire and the home county.

Despite pacesetters Rudding Park benefitting from local knowledge, Milton took up the challenge after lunch as they caught the leaders before holding their nerve over the closing stretch of holes to secure a brilliant victory.

Two more young Northamptonshire golfers also enjoyed success on the 2020 Faldo Series as Charlie Salter and Corey Neville booked their places in the Grand Final with regional victories in the Boys Under-21 age category.

Salter won the Welsh qualifying event in a play-off after shooting a four-under-par total of 213 at Cottrell Park and the Vale Resort, while Neville clinched top spot in the England South event with scores of 71, 67 and 69 at Brocket Hall.

Although the 2020 Grand Final at Al Ain Equestrian, Shooting & Golf Club in UAE was postponed due to the coronavirus, Salter and Neville have been assured by Faldo Series organisers that the invites will stand for the re-arranged event in 2021.