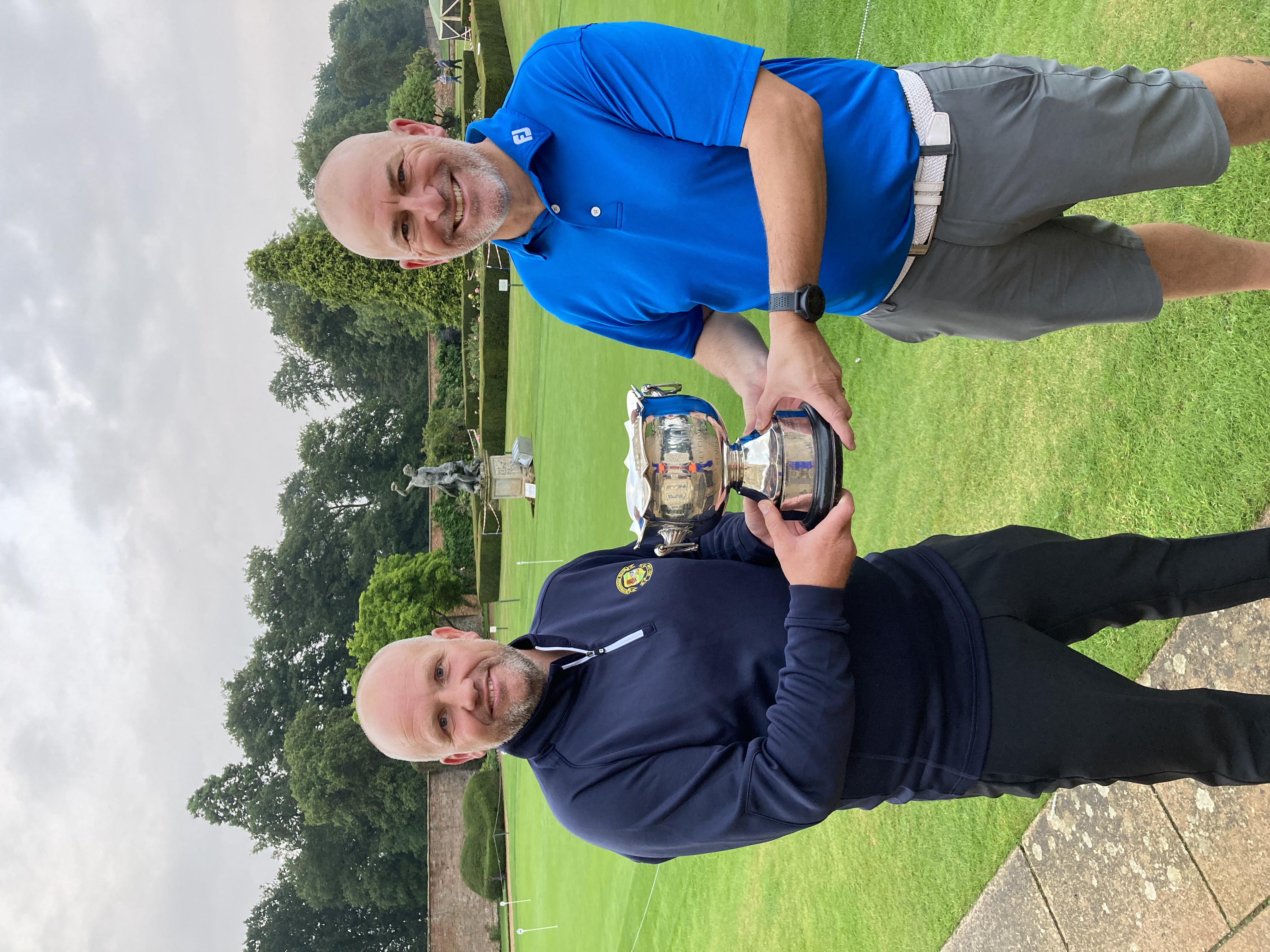 Peter Bellamy and Steven Nicholls (Peterborough Milton) clinched the NGL Stableford Cup with a two point success at Wellingborough GC.
After posting 44 points in the first round to sit one behind Ian Wills and Anand Aggarwal (Rushden) in a share of second place, the two 14-handicappers continued their excellent form in the afternoon.
Bellamy in particular was in devastating touch as he carded gross pars on eight of the first 15 holes, before Nicholls sealed the victory by parring the 16th and then adding a brilliant birdie on the 18th hole.
The home pairing of Darren Wilkins and William Wilkins were at their consistent best in the afternoon as they secured second place on 87 points, while club-mates Glen Harris and Andy Sanders won the Greensomes morning prize with 43 points.